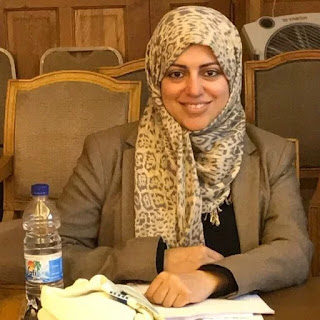 Write a letter in your own words or using the sample below as a guide to one or both government officials listed. You can also email, fax, call or Tweet them.

Nassima has been campaigning for civil and political rights, the rights of the Shi’a community in the eastern province, and women’s rights, in particular, the right of women to drive and for the end of the repressive male guardianship system. Prior to her arrest, Nassima al-Sada had been repeatedly targeted, harassed, and placed under travel bans for her human rights activism.

I urge you to release Nassima al-Sada and all other activists, including all women detained without charge, immediately and unconditionally, as she is a prisoner of conscience, solely detained for peacefully exercising her right to freedom of expression, assembly and association."

Read more details about this prisoner of conscience at
https://www.amnestyusa.org/urgent-actions/urgent-action-saudi-activist-held-in-solitary-confinement-saudi-arabia-ua-21-19/
--

"Human rights are rights that are inherent to all human beings, whatever ones nationality, place of residence, sex, ethnic origin, religion, language, or any other status. Everyone is equally entitled to human rights without discrimination.

International Human Rights Law places obligations on governments to act in a particular manner and to refrain from certain acts, in order to promote and protect human rights and fundamental freedoms, not only for individuals but also for groups."
https://alqst.org/eng/about-human-rights/