The Spectrum of Probabilities: Theism versus Atheism


From Richard Dawkins:
1. Strong theist. 100% probability of God. In the words of Carl Jung: "I do not believe, I know."

2. De facto theist. Very high probability but short of 100%. "I don't know for certain, but I strongly believe in God and live my life on the assumption that he is there."

3. Leaning towards theism. Higher than 50% but not very high. "I am very uncertain, but I am inclined to believe in God." 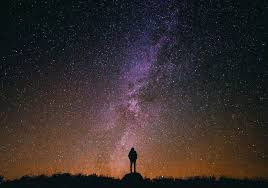 5. Leaning towards atheism. Lower than 50% but not very low. "I do not know whether God exists but I'm inclined to be skeptical."

6. De facto atheist. Very low probability, but short of zero. "I don't know for certain but I think God is very improbable, and I live my life on the assumption that he is not there."

7. Strong atheist. "I know there is no God, with the same conviction as Jung knows there is one."
The God Delusion, pages 50-51

from the thinker J.J.C. Smart at Stanford Encyclopedia of Philosophy:
“Let us consider the appropriateness or otherwise of someone (call him 'Philo') describing himself as a theist, atheist or agnostic. I would suggest that if Philo estimates the various plausibilities to be such that on the evidence before him the probability of theism comes out near to one he should describe himself as a theist and if it comes out near zero he should call himself an atheist, and if it comes out somewhere in the middle he should call himself an agnostic."

"There are no strict rules about this classification because the borderlines are vague. If need be, like a middle-aged man who is not sure whether to call himself bald or not bald, he should explain himself more fully."
J.J.C. Smart, “Atheism and Agnosticism” Stanford Encyclopedia of Philosophy
https://plato.stanford.edu/entries/atheism-agnosticism/
--

My central observation of all of this:
I am baffled by both atheist thinkers such as evolutionary biologist Richard Dawkins who has stated that he is a 6.9 and by contrary theists such as the famous psychiatrist and thinker Carl Jung who was a 1! And, of course, many Christian, Jewish, and Muslim leaders who claim to be 1’s.

In my own case, I can't imagine such certainty!

How could either famous theists or famous atheists, finite humans who don’t even know the nature of such scientific things as dark matter, possibly know for certain the ultimate nature of all of reality?!

In my many years, I've read a lot of books on biology, cosmology, philosophy, etc. and all of that learning
(from The Ancestor's Tale by biologist Richard Dawkins, the best of the bunch,
to The Elegant Universe by theoretical physicist Brian Greene)
has helped me to become
far more aware of how little I actually know
about the incredible vastness and depth of existence.

But even in my most devout Christian days of 55 years, when I was more ignorant,
I never, if look back at those years impartially, probably got closer to certainty than a 3, about 77-74% convinced of theism.

And, though an ex-Christian now, I am probably not much higher toward atheism than a 3 either, but I am more tentative, probably.

When it comes to cosmology, I tend to think in possibilities, and probabilities based upon what is explained by cosmologists, astrophysicists, biologists, etc. than by either those so committed to atheism or theism.

Many humans in-between the chasmic divide of theism versus atheism turn toward agnosticism.

Hmm...agnosticism… IF that is a not-knowing SEEKING for what is true, good, and just that could be a wise way of living human.

The caps on seeking are the key. BECAUSE for millions, 'agnosticism' as a life stance is dangerous and almost always harmful. To them not-knowing as a life stance, means not only not "KNOWING" the Ultimate Nature of Reality, but also having a severe skepticism about anything except hard facts and matter and energy:-(.

To them, morality is merely subjective preferences, not moral realism. Heck, many of them have claimed that even slavery, rape, molestation, dishonesty, and slaughter aren’t wrong! Only subjective views of humans!

A BETTER WAY is to start with our day-to-day moral encounters and decisions. Even if we humans don't or can't discern the ultimate nature of existence and the cosmos, every moment we live, we need to make moral decisions based upon what we think is true about existence.

We need to make decisions about whether or not to drive carefully, hold to meticulous honesty, show generosity and caring for those not of our own family and nation, work for equality and justice for all humans, etc.

SO Start with what is probably true:
1. Moral realism is true.
2. All humans have inherent worth and are equal in value.
3. All humans are morally responsible and capable of making creative choices among alternatives.
4. Human rights exist.
5. At the very least, compassion is far better than cruelty, generosity than selfishness, viewing one's nation as a humble ideal, not putting it FIRST, etc.

From that practical day-to-day moral foundation, then one can make tentative, educated guesses as to ultimate questions.

Check out Oxford professor Keith Ward's books such as The Big Questions in Science and Religion and Steven Pinker’s book, Enlightenment Now.

Though an atheist, Steven Pinker thinks Enlightenment values are real, that human progress is possible, that such values have brought about amazing accomplishments for the good in the last couple hundred years.

He admits in the book, that humankind could regress--as we did in the 20th century with the mass slaughters, dictatorships, destruction, etc.

But, Pinker thinks that if we continue to support Enlightenment values, then humans can continue to progress.

According to him, Enlightenment values can change even doctrinaire Muslim societies and other oppressive ones gradually. He states this has already started to happen. Current terrorism, as horrific as it is, is only an aberration, not the future.

Enlightenment Now is one of the best studies I have read on humankind and the influence of moral realism such as human rights, equality, concern for the impoverished, democracy, etc.

In the LIGHT of real moral values,

Dan Wilcox
Posted by Daniel Wilcox at 11:28 AM