REALISTIC HOPE
Once one has discovered the fallacious nature of organized religion, its superstitions, denials of verified scientific study, and illusions, where does one turn for new hope? 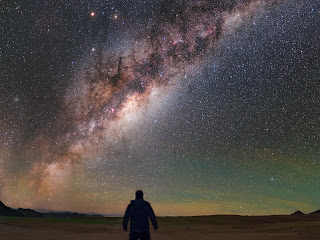 Definitely not to the nihilism and illusions of many non-religous humans who claim that moral realism is false, that the good, the true, the just, human rights, equality, meticulous honesty, inherent worth, meaning, and purpose are all “myths."

They claim all those values are delusions, not true, and that all humans are incapable of moral choice, are only “biochemical puppets,” and morality is subjective, a mere preference of a human or a society.

INSTEAD, we humans ought to start searching for what is true, good, and just. Study the thinking of the Enlightenment
(though obviously not the darkness of the French Reign of Terror or the hypocrisy of leaders such as Thomas Jefferson).

A beginning caution, however, is immediately in order because all of us humans have a way of rationalizing/misguiding our reasoning. Or we start with fallacious presuppositions and thus our brilliantly reasoned conclusions are based upon a foundation of quicksand.

One example of how this happens is Benjamin Franklin’s famous example from his autobiography of how he managed to reason himself into anything that he already wanted to do;-)*

2. A realistic humility is very important through out one’s life. The older I get, the more I realize how little I (and all humans) ‘know’. We live, experience, think, test, hypothesize, revise, repeat… NO ONE KNOWS in the sense of certainty. How could a finite human primate, a brief blip /conscious spark in a cosmos of billions of galaxies, possibly KNOW?

I still am baffled and shocked how many creedal Christians, Muslims, orthodox Jews, and Atheists, etc. are sure--certain--that they ‘KNOW’ the ultimate nature of reality.

Famous scientists including Einstein strongly emphasize humility is the beginning of real learning and wisdom.
For, instance, Einstein wrote, “I am not an atheist...The human mind, no matter how highly trained, cannot grasp the universe. We are in the position of a little child, entering a huge library whose walls are covered to the ceiling with books in many different languages.

“The child knows that someone must have written those books. It does not know who or how. It does not understand the languages in which they are written. The child notes a definite plan in the arrangement of the books, a mysterious order, which it does not comprehend, but only dimly suspects. That, it seems to me, is the attitude of the human mind, even the greatest and most cultured, toward God.

“We see a universe marvelously arranged, obeying certain laws, but we understand the laws only dimly. Our limited minds cannot grasp the mysterious force that sways the constellations.”
Albert Einstein
--
BUT billions of humans in the past and the present claim to be certain. Not, that such a certainty wasn’t an essential part of my own childhood faith in non-creedal Baptist religion. We were constantly told and preached at, that everyone can KNOW.

However, I never had such assurance. Though I sought that "assurance, "to KNOW," instead, I always had questions, doubts, could step outside of my genuine hope, and observe Existence and the Cosmos from other contrary worldviews and life-stances.

As I used to joke, I was born with a “why” in my throat, instead of the infamous spoon.


In the Light of the Good, the True, and the Just,