This week controversy erupted, again, between Democrats and Republicans on questions of the meaning of sexuality and marriage. Let's short-step back from the political fracas and reflect on sexuality-marriage itself. 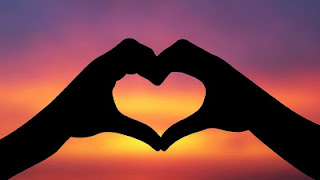 The meaning of human sexuality is deep, transcendent, complicated and controversial. Then there is the related question of marriage or not. It appears that no one can get away from the intense subject.

A few quotes to show the inexplicable contrariness and contradictory outlook of various human beings toward this incessantly fascinating topic of sexuality and marriage:

In some early Buddhism, such as the Theradvada writings, it was not possible for a woman to become a bodhisativa; a human is born a woman because of bad karma!

And most Buddhists chose celibacy.

Then there is the infamous verse by Paul in the New Testament:
“It is good for a man not to have sexual relations with a woman.”
1 Corinthians 7:1

And Orthodox Judaism' men's prayer thanking God for not making them a woman or a slave. And how women are unclean and have to take ritual baths.

On the other hand, some religious texts seem to glory in sexuality:
"Let him kiss me with the kisses of his mouth! For your love is better than wine:"
-Song of Songs, Chapter 1:2, Jewish Bible

"And God created the human in his image,
in the image of God...male and female...
And God blessed them, and God said to them,
Be fruitful and multiply
...and, look, it was very good."
Genesis 1:27-31

"The [marriage] vows should be written like a dog's license that has to be renewed every year...I think vows should be changed because they've been in existence for 600 years when people used to live until they were only 35. So they only had to be with each other for 12 years, then they would die anyway. But now it's a big commitment because you're going to be with someone for 50 years. It's impossible...It's such a rarity for people to stay together that 68% of marriages fail. I don't want to urinate on the party, but one must consider that before getting married.
VS.
His rock anthem to romantic commitment:
"You're in my heart, you're in my soul
You'll be my breath should I grow old
You are my lover, you're my best friend
You're in my soul

My love for you is immeasurable
My respect for you immense
You're ageless, timeless, lace and fineness
You're beauty and elegance

You're a rhapsody, a comedy
You're a symphony and a play
You're every love song ever written...
You are my lover, you're my best friend
You're in my soul"
--Rock Musician Rod Stewart
--

“Sex is like pissing. People take it much too seriously."
--Famous Muralist and Painter Diego Rivera

“If I ever loved a woman, the more I loved her, the more I wanted to hurt her. Frida was only the most obvious victim of this disgusting trait.”
--Diego Rivera

“Haven’t you read that at the beginning the Creator made them male and female and said, ‘For this reason a man will leave his father and mother and be united to his wife, and the two will become one flesh’?”
Yeshua, Jewish prophet

“Chastity: The most unnatural of the sexual perversions."
-Aldous Huxley

"I think I could fall madly in bed with you."
-Anonymous

“Vanity, revenge, loneliness, boredom, all apply: lust is one of the least of the reasons for promiscuity."
-Mignon McLaughlin

“Now concerning the things about which you wrote, it is good for a man not to touch a woman.”
I Corinthians 7:1, New Testament

"Love is the word used to label the sexual excitement of the young, the habituation of the middle-aged, and the mutual dependence of the old."
-John Ciardi

"My life would be much, much poorer were it not for certain
particular women with whom I have most happily and congenially committed adultery...”
-Philosopher Alan Watts

Roman and Grace are a married Spokane Indian couple. He is standing close to her with his basketball between them, as if the ball represents the expectant infant they will soon create…
“Michael Jordan is coming back again,” he said.
“You can’t fool me,” said Grace. “I heard it. That was just a replay.”
“Yeah, but I wish he was coming back again. He should always come back.”
“Don’t let it give you any crazy ideas.”
Roman pulled the basketball away and leaned even closer to Grace. He loved her, of course, but better than that, he chose her, day after day. Choice: that was the thing. Other people claimed that you can't choose who you love—it just happens!—but Grace and Roman knew that was a bunch of happy horseshit. Of course you chose who you loved...Damn, marriage was hard work, was manual labor, and unpaid manual labor at that. Yet, year after year, Grace and Roman had pressed their shoulders against the stone and rolled it up the hill together.

In their marriage bed, Roman chose Grace once more and brushed his lips against her ear.
Monogamous love and marriage
-From “Saint Junior” by Sherman Alexie
VS.
Alexie's Infidelity
"In all, 10 women spoke to NPR about Alexie, who is a married man...but a clear pattern emerged: The women reported behavior ranging from inappropriate comments...unwanted sexual advances and consensual sexual relations that ended abruptly. The women said Alexie had traded on his literary celebrity to lure them into uncomfortable sexual situations.
https://www.npr.org/2018/03/05/589909379/it-just-felt-very-wrong-sherman-alexies-accusers-go-on-the-record

WHY DO SO MANY HUMANS, ESPECIALLY LEADERS, (EVEN THOSE WHO AFFIRM MARRIAGE AND "LOVE") LEAD IMMORAL, HARMFUL LIVES?

How does an instinctive procreative act characteristic of all humans
(and most forms of life down to fish and below) come to mean everything
from the degrading and sadistically obscene to the uplifting and creatively intimate?

From the violently aggressive to the joyfully receptive?

From one-sided selfishness to intimate communion of two lives?

Regardless of one’s worldview, most humans think humankind has reached a state in evolution
wherein individuals of our species can creatively use human innate characteristics,
adapting them for many different purposes and in very different ways.

This “plasticity” of human abilities enable billions of individuals to use their physical and brain skills, not only for time-immemorial practical acts such as plowing a field or constructing a building,
but
for transcendent goals or self-focused wants.

Humans can use their brains' consciousness and muscles to do acts that have no practicality at all such as play suspenseful sports in the Olympics or dance in complex moves across theater stages or construct beautiful poetic songs.

This “plasticity”—for good or ill--is, especially, true for human sexuality as shown by the wide variety of statements about sex by famous individuals as already shared.

Most of us aren’t too surprised by the sludge coming out in the media or by so-called red-necked vulgarity.

The guttural view of sex has probably been around since cavemen first spoke;-), but when brilliant well-educated humans glorify promiscuous sex, it is troubling and tragic.

So often in the news now, human sexuality
is very ambiguous with many strange variations,
and many of them destructive,
and so contrary to the Truth,
the Good,
and the Beautiful.

We’re all sexual, and in different ways, but, hopefully, we don't major in being unfaithful, disloyal, and promiscuous and, even worse, declare our harmful dysfunctional behavior with pride to the world.

Yes, sexuality is a very powerful force/drive within humanity which has been shaped like soft plastic into countlessly different configurations by humans and their worldviews.

The earlier modern quote about the basketball player and his wife catches the true spirit of human sexuality, as God intends sexuality to be—a joyous monogamous life-long daily choice by two equals.

Let's say it again, sexuality is a whole life response by a couple committed to a life-long relationship, neither temporary glandular instinct nor a restricted negative necessity.

Here’s another fine explanation: “...Your understanding of love will change as you get older...I remember my second date...I totally lost my cool and told her I loved her. On our SECOND date!!"

"In 23 years, I’ve learned to put aside my selfishness more often, and I’ve learned more ways to love and cherish her...the heart of genuine love [in human sexuality] is an immovable decision to put your lover’s joy and welfare ahead of your own."

"Usually, you don’t fall into that kind of love; you climb into it. It’s not just something you feel [nor an instinctive urge]. It’s a decision you make.”
Duffy in Breakaway
--

Sexual love is a monogamous life-long commitment, a unique “ultimate” relationship—where two individuals give themselves to each other emotionally, mentally, and physically.

True love (in the marriage sense) is unlike any other human relationship, except in some sacred writing where God is often spoken of as every individual human’s lover.

YET now--in the midst of all of the sexual harassment, "Me, Too" bad news, there is the controversy of moral leader Peter Buttigieg versus moral leader Mile Pence, both even of the same religion, Christianity, who, while agreeing that sexual relations ought to be part of a monogamous, loving commitment for life,
YET they completely disagree about the nature of marriage!

Is marriage to only happen between a man and a woman (as held by traditional Christianity, Islam, and Judaism claims)
OR
is marriage also right for a same sexual couple?