Review: Best and Worst of Ferlinghetti

Memory sometimes brings back wondrous experiences. This morning, I took a brief break from showing our 3-year-old grandson pictures of dinosaurs in my evolutionary biology textbook by Stephen Jay Gould (our gk is wild for dinosaurs like so many kids, including me 67 years ago:-).

As I glanced over some of our home library shelves, an early 60's book of poetry jumped into my mental lap. Wow, Ferlinghetti! However, it's one of his books I don't remember: Starting from San Francisco . 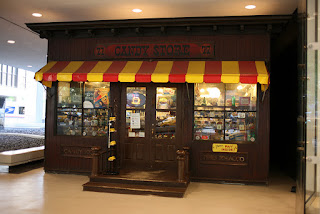 My memory flashed back to my university days in the late 1960's,
the best and worst of times--back when I hung out with Beats,
hippies (heck, I became a hippie, lived in Haight-Ashbury-SF
until my draft notice came:-), and other wild ones--many of us
radical activists, reading Aldous Huxley, Herman Hesse, and Jack Kerouac,
hitching and backpacking and protesting and attending love-be-in's,
going to poetry readings and rock clubs.

In my vivid poetic reminiscence is this poem: 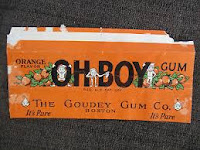 Outside the leaves were falling as they died

A wind had blown away the sun

Outside the leaves were falling
and they cried
Too soon!
too soon!


--by Lawrence Ferlinghetti
from A Coney Island of the Mind
New Directions Paperback
purchased at City Lights Book Store, February 1967

At this point, I planned to speak of the poetic power and deep meanings of this amazing poem by Ferlinghetti, but now have instead decided to let the poem speak its wonder.

To quote Billy Collins, Poet Laureate of the U.S.,
"I say drop a mouse into a poem
and watch him probe his way out,

or walk inside the poem's room
and feel the walls for a light switch.

I want them to waterski
across the surface of a poem
waving at the author's name on the shore.

But all they want to do
is tie the poem to a chair with rope
and torture a confession out of it.

They begin beating it with a hose
to find out what it really means."


What about the worst of Ferlinghetti? Turns out that the book I didn't remember, Starting from San Francisco, ought to have stayed abandoned/dumped on a shelf in our garage. Ferlinghetti, therein, has written so much drivel--vapid pages of dead prose, long lists of words that look like they were impulsive mouthings minus all that is poetic.

Later I will return and continue:-)

Dan Wilcox
Posted by Daniel Wilcox at 10:48 AM