Living the questions, without definitive answers--somewhat lost, unlike most humans who seem so sure they know what it's all about.

I’m lost...not lost in the sense of the religious pietistic term, not un-rescued in the moral sense...not blind to ethical and transcendent truths...not existentially estranged in the sense of not having hope in the future, not lost when it comes to moral realism.

No, I’m not lost in those common meanings—nor am I caught in destructive habits or delusions or nontheistic confusions.
Though I often find I don't live as good as I know I ought to do,
I do seek to do what is right. And I do often experience the Light,
have a sense of the Good, the True, and the Just. 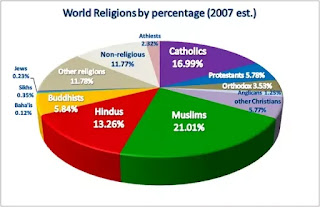 In all of those, I am found.
Thankfully.

About 10-15 years ago, I finally lost all hope in the Christian meta-story.
It turned out to be even at its best, an illusion. So I lost the philosophical
and theological understandings of my Christian worldview that I had thought
was a fairly stable foundation, despite my questions.

But the Christian meta-story turned out to be only many mirages, swirling sand that blew into a shifting Sahara of fading dunes. Besides, there were so many contradictory versions of what other humans claimed Christianity was!

Heck, most Christians claimed that Christians such as myself, who was one for 55 years, actually never were real Christians.

Furthermore, even all of those years as a Christian I never believed in their Creeds or their horrific concept of God.

But, finally, I realized, deeply, that I was trying to live a “true Scotsman” version of Christianity, one completely contrary to what most Christians claim. I realized down to the marrow of my bones that not even the Anabaptist/Quaker version of the Good News can be true.

I’m lost in that sense--from an intellectual standpoint. When in reflection, I step outside of my own personal commitment and try to see Life impartially and accurately, I have to admit that I don’t know the ultimate nature of Reality.

This is not the first time, I suddenly woke up lost--doubting my thinking and my perceiving, not knowing as much as I thought I knew when I was young.

Not long ago, about 10 years ago, I was sharing my spiritual struggles, a crisis I was in,
and one of my family joked “Oh Dan’s whole life has been one long spiritual crisis.”

And, in a sense, I suppose that is true as far as it goes:
from my earliest remembrances, I have—more than many—been the living human primate of “questions” far more than “answers.”