Milwaukee News:
“…two nights of riots sparked by the fatal shooting of a black man by a black police officer.”

“…some rioters torched businesses and police cars...pelted riot police with bottles and bricks...Eight officers were wounded, and dozens of people were arrested…” 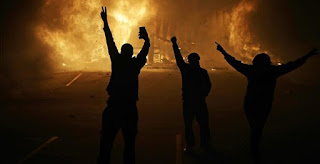 “Sylville Smith, 23, was killed on Saturday afternoon after he was stopped for acting suspiciously and then fled. Authorities said he was carrying an illegal handgun and refused orders to drop it when he was shot.”

"Peaceful demonstrations in the Sherman Park area where Smith died turned into violent protests on Saturday and Sunday nights."

And a gas station was set on fire. 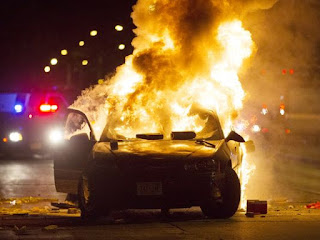 St. Paul:
“The police in St. Paul said at least five officers had been injured by fireworks, rocks, bricks and glass bottles that they said were thrown by protesters.”

Then there was Baton Rouge, Ferguson, etc.

But why didn't the family, friends, and other Blacks of the 9 Black church members ruthlessly slaughtered by Dylann Roof in Charleston, then take to the streets and riot, burn stores, throw bricks, etc.?


“This entire community has sat back and witnessed how Milwaukee, Wis., has become the worst place to live for African-Americans in the entire country...”

“Do we continue – continue with the inequities, the injustice, the unemployment, the under-education, that creates these byproducts that we see this evening?
"The black people of Milwaukee are tired. They’re tired of living under this oppression."
Khalif Rainey
Milwaukee Journal Sentinel Newspaper

“#BlackLivesMatter is working for a world where Black lives are no longer systematically and intentionally targeted for demise. 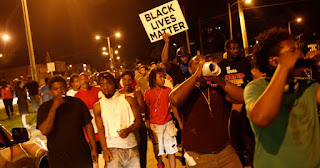 "We affirm our contributions to this society, our humanity, and our resilience in the face of deadly oppression.”
Black Lives Matter

“Across the country, Black children attend under-resourced schools where they are often pushed off of an academic track onto a track to prison. Zero-tolerance policies — a combination of exclusionary disciplinary policies and school-based arrests — are often the first stop along the school-to-prison pipeline and play a key role in pushing students out of the school system and funneling them into jails and prisons.”

“Each year more than three million students are suspended from school — often for vague and subjective infractions such as “willful defiance” and “disrespect” — amounting to countless hours of lost instructional time. As a result, Black students are denied an opportunity to learn and punished for routine child and adolescent behaviors that their white peers are often not disciplined for at all.
The Movement for Black Lives
https://policy.m4bl.org/end-war-on-black-people/

"It’s A Few Bad Apples Or Police Departments Or Maybe The Entire System"
by Georgia Sand
"Examples of this would include shooting unarmed people in the back, tasering children in the head, killing children, or beating pregnant women, among others." 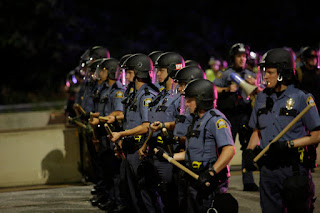 "It would seem that in the face of entire departments all over the country demonstrating abject disregard for justice, Americans might become a little more open to the idea that it is less a problem of a “few bad apples” and more a problem of a rotten bunch."
Georgia Sand

Barbara Reynolds, Black activist and minister, author of 6 books and former editor for USA Today:
“I was a civil rights activist in the 1960s. But it’s hard for me to get behind Black Lives Matter." 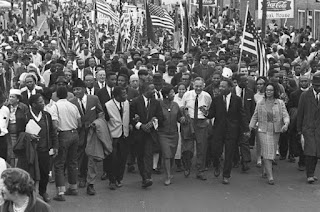 I support BLM's cause, but not its approach.”

“Trained in the tradition of Martin Luther King Jr., we were nonviolent activists who won hearts by conveying respectability and changed laws by delivering a message of love and unity.


"BLM seems intent on rejecting our proven methods...at protests today, it is difficult to distinguish legitimate activists from the mob actors who burn and loot."

"Now, the demonstrations are peppered with hate speech, profanity…”

“The power of the spiritual approach was evident recently in the way relatives of the nine victims in the Charleston church shooting responded at the bond hearing for Dylann Roof, the young white man who reportedly confessed to killing the church members “to start a race war.”

"One by one, the relatives stood in the courtroom, forgave the accused racist killer and prayed for mercy on his soul. As a result, in the wake of that horrific tragedy, not a single building was burned down. There was no riot or looting.”

“...we should remember the words of King: “Injustice anywhere is a threat to justice everywhere.”

"The civil rights movement was not exclusively a black movement for black people. It valued all human lives, even those of people who worked against us."

"I can’t believe that the life of a murdered white police officer, or an Asian child sold into sex slavery, or a hungry family in Appalachia are lives that don’t matter."

"...the movement overlooks black-on-black homicides, the leading cause of death for black males between the ages of 15 and 34."

"That horrific fact remains off the movement’s radar, for fear that it puts black men in a negative light. So which black lives really matter?”

When told by a Black activist that she ought to listen to new racial equality movement’s lead song, “Alright” by rapper Kendrik Lamar,
Reynolds wrote,
“I listened to the song, expecting it would be as uplifting as “We Shall Overcome.”
I was terribly disappointed.
The beat was too harsh; the lyrics were nasty and misogynistic."

Alright: “Let me tell you about my life / Painkillers only put me in the twilight / Where pretty pussy and Benjamin is the highlight.”
--

The movement ought to be challenged: “Why are you not cleaning up your own community if black lives matter?”

"Where was Black Lives Matter in Chicago, in Baltimore and in Ferguson when 9-year-old Jamyla Bolden was shot to death in her own home?" 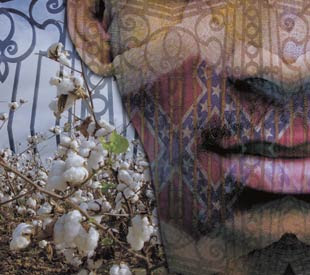 BLM wants to “protest for thugs,” but the organization is “nowhere to be found in their own communities.”

“Stop blaming slavery and segregation for what is happening now."

He pointed out that while BLM leaders are holding protest signs against police officers, Blacks have been “killing each other all year.” 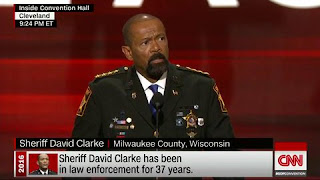 "And there is no racism in the hearts of police officers."

Another Black leader stated, "But the notion that America's cops simply are gunning down innocent black people is one of today's biggest and deadliest lies."

Even a pro-BLM leader, John McWhorter, associate professor at Columbia University,
self-described as “liberal Democrat” wrote that BLM ought to also seek to stop how the vast majority of Blacks killings happen, Blacks killing Blacks. 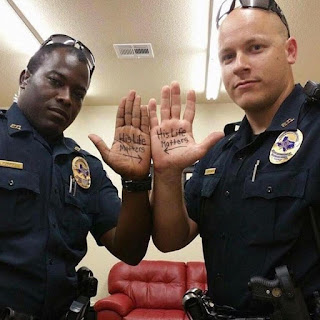