Follow the true precepts that many humans have discovered in history and the recent past.

These are the ethical “oughts” that millions of us give lip service to, but often ignore or, even worse, intentionally violate.

There are, also, now many naysayers and ethical skeptics who claim that ethics are only subjective “likes” and “dislikes,” not actually true.

Some even claim, 'when in Rome, do as the Romans do.' So they say that while you might not like the female mutilation of little girls, it is none of your business whether or not 80% of Egyptian parents do choose this as a good action. According to relativists, moral rules are only a matter of private or cultural opinion.

However, this doesn't appear to be true.

We humans wouldn't even be able to have functioning criminal justice systems if humans functioned by their subjective likes and dislikes in court. In fact, it is exactly when humans act subjectively that societies and the nations of the world aren't just!

On many moral issues, we don't need to reinvent the moral wheel, but live up to what we already understand. 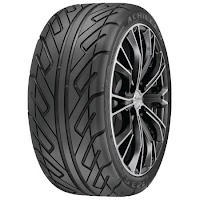 Think how far more messed up the world would be if the following lists of “oughts” were regularly broken and violated.

And consider how wonderful the country of Palestine/Israel would be if Israelis and Palestinians committed to doing even a few of these basic ethical actions toward each other.

Or the Russians and Ukrainians worked together instead of killing and stealing. And if Sunnis Muslims and Shia Muslims forgave each other and sought to help each other instead of blowing up mosques, hospitals, schools, and markets!

#1 --Act fairly toward others.

Think how different the current presidential campaign would be if only this rule was followed!

#2 --Be courteous and sensitive to others.

#4 --Live honesty. Tell the truth. Be a person of your word.

#5 --Seek to understand; learn to listen to other people’s views, trying to see life from their perspective.

#7 --Give generously to others in need. Don’t take what doesn’t belong to you. 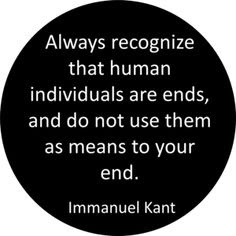 #9 --Choose another human to be committed to in intimacy and fidelity. Don’t be promiscuous, or live in polygamy.

#10--If both of you desire to have children, (further the human species), create to bless and guide and free.

#11--Care for the elderly and the young. Oppose killing those who are disabled and unborn infants.

#14--Oppose self-destruction, whether by suicide or living dysfunctionally in eating and drinking to excess.

#16--Seek peace. Refuse to engage in violence or support violence.

#17--Never attack, only defend and protect.
Vote against first-strike wars, the intentional bombing of civilians, conquests, and holy crusades/jihads.

#18--Treat life and others as of great value and worth.
Oppose revenge, pornography, prostitution, obscenity, manipulation, subjugation, racism, sexism, and any other form of harm.

#19--Work to end poverty; help others to become all they can be.

#20--Support the improvement of all lives on earth.

#22--Seek earnestly for new ethical truths not yet discovered. 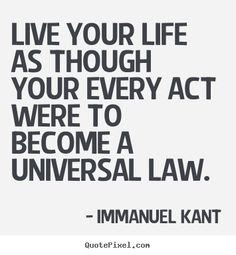 “Act only according to that maxim whereby you can, at the same time, will that it should become a universal law.”
Immanuel Kant, Grounding for the Metaphysics of Morals