For those who don’t like long philosophical posts,
here’s a freeze-dried, non-fat version of my worldview:-=): 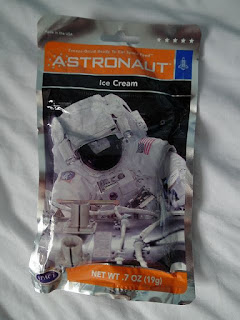 #2 However, I am definitely not a theist in the sense of most organized religion. I don't believe in the creeds, confessions, dogma, and doctrines
of the Christian, Islamic, or Hindu religions and sects.

Don’t believe in the Yahweh/Allah/Brahma of genocides, holy wars, slaughter of civilians and infants, capital punishment, slavery,
inequality, polygamy, oppression and subjugation of women, and so forth. And all
the other immoral actions attributed to Yahweh/Allah/Brahma, recorded in the Bible, the Quran, the Bhagavad Gita, etc.

#3 But then I don’t believe in the claims, assertions, tenets, and screeds of modern nonreligious thought either. Don’t agree with materialism, determinism, moral subjectivism, unethical stances, and philosophical claims that existence/reality is “meaningless and purposeless.”

#4 For better or worse, I am devoted to the principles of the central Enlightenment—
reason,
liberty,
equality,
human rights,
freedom of religion, speech, and the press,
progress,
tolerance,
and science, etc.

In other words, I am committed to the outlook of thinkers such as Immanuel Kant, Thomas Paine, and many others.

#5 I think that all ethics including fairness, fidelity, monogamy, compassion, altruism, kindness, peacemaking/non-violence, generosity, empathy, perseverance, creativity, diligence, thankfulness, hope, and courage—are "oughts,"
are transcendent “beyond” nature, are more than atoms and quarks in motion.


These moral actions are true and universal and will be found in any species in the cosmos who is conscious, rational and aware of ethics.

#6 Another way of stating this is:
Math, reason, logic, ethics,
aesthetics, natural regularities
(sometimes called natural law, like gravity), etc. are all inherent in reality. 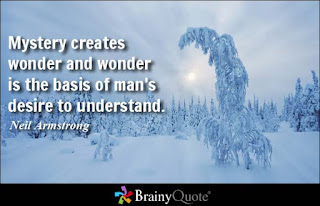 Finally, beyond our finite primate abilities to understand, use reason, apply math, do scientific studies, study the history of our species, create things of beauty, and puzzle over philosophical conundrums, there is WONDER.

That is the term that various scientists have used to state their original motivation to seek out and understand existence.

And it’s the term scientists often use to describe what is beyond our rational understanding.

In some cases, human questions may be about non-things that are permanently beyond humankind’s mental abilities like our visual inability to see certain spectrums of light or our hearing inability to hear what a dog can.

#7 At some point, we humans move into areas of speculation—educated guessing.

There are plenty of scientific and philosophical hypotheses as to the nature of Ultimate Reality.

These cosmological thoughts are intriguing rational speculations. I find such questions fascinating, have had a life-long searching of why questions.

But I don’t live my practical life by guessing, even educated guessing.

#8 My central concern is with the next living moment,
the next ethical decision,
the next future plan
for the flourishing of all human life,
life itself, and the cosmos.