The Stark Difference Between Modern Science and Modern Religion

Caution: One must be careful not to fall for the Either/Or Fallacy,
blaming ALL of modern science,
or ALL of modern religion
for the horrendous evils in history and today.

But the real facts are these: without modern science, there would be no drones, aerial bombing, gas warfare, and massive slaughters via conventional and nuclear weapons.

But the real facts are these: without modern religion, there would be no doctrinal persecution, torture, and slaughter of humans around the globe. 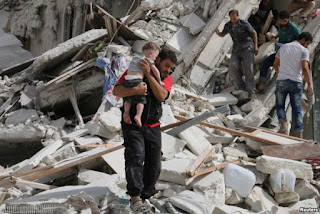 (Of course there would still be destruction and evil
in other forms, but that is a story for another day.)

"Located outside of Rosh HaAyin and Tel Aviv, Qesem Cave was accidentally discovered during road work 16 years ago; since then, the cave has revealed a wealth of information on early humans, and helps shed light on the evolution of humanity."

"This 200,000 year old time capsule contained within it rare artifacts from a critical point in the evolution of humanity, and turned the cave, now called "Qesem Cave," into one of the most important pre-historic sites in the world." 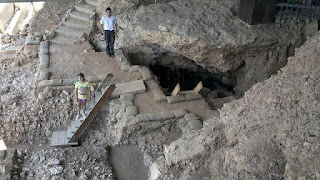 "Archaeology Professor at Tel Aviv University Ron Barkai is the head of digging at Qesem Cave."

"It's a very special cave," he said. "It reflects an unknown stage in the history of humanity. We don’t know which type of human lived here."

"We know that they acted differently than everyone else who lived in this area before them. They seem like a different type of human..."

"If we aren't mistaken, they were more similar to us (humans today), and not their forefathers the Homo erectus."

"Avi Gofer, another archaeologist from Tel Aviv University and who also helps manage the dig excitedly talks discusses the artifacts left behind by these early peoples, including flint tools and animal bones."

"This cave has been unusually well preserved," Gofer says. "The people who lived here were a huge revolution (in the history of humanity). What these people did here is completely different than what other humans were doing; in terms of chiseling technology, behavior, hunting techniques, organization, use of fire, and much more. In other words, there was an explosion of change (at Qesem Cave), and a lot of innovations."

"One of the major discoveries at Qesem Cave which changed history books was the discovery of the oldest evidence of the consumption of cooked meat."

Professor Torsten Otmeier of the University of Erlangen-Nuremberg, Germany:
"This site is approximately 400,000 years old." 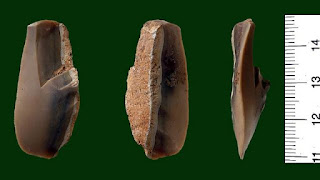 "If you look at what (the early humans) did here, on their hunting strategies, the way they made their tools and how they prepared their food, it points to one of the most important changes in the history of mankind."

"Before this era, early humans acted in a completely different manner. (This site) represents one of the most important turning points in the evolution of mankind."

"Despite the heat and the harsh and sometimes dangerous physical labor, diggers who come from all over the world work diligently and with scientific precision as they sift dirt, sand, and limestone in the cave. A long conveyor belt brings dirt up from the depths of the cave to the surface, where the dirt is sifted for artifacts."

Professor Barkai explains the technological differences between Homo erectus and the type of humans whose remains were found in the cave:

"They made flint knives alongside other large artifacts such as hand axes which enabled these early peoples to hold onto the tool with one hand and cut. These are the oldest examples of knives in the history of humanity."

"By comparison...Europe only started seeing humans using knives 30,000 years ago."

"Mr Hattar was attacked on social media for sharing the cartoon"

"A Jordanian writer charged with offending Islam after allegedly sharing a satirical cartoon on his Facebook page has been killed."

"Nahid Hattar was hit by three bullets outside the court in the capital Amman where he was standing trial." 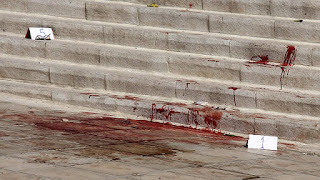 "Police have arrested the suspected shooter, Riad Abdullah. Jordanian media said he was local imam who had been upset by the cartoon...A witness told the Associate Press news agency that Mr Abdullah had a long beard and was wearing a long robe, common among conservative Muslims. 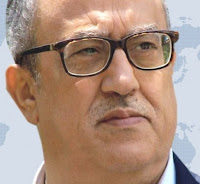 "Nahid Hattar was detained in August for 15 days on charges of insulting God after he published a cartoon depicting a bearded man lying in bed with two women and smoking, asking God to bring him a drink."

Nahid was an atheist, and "was attacked on social media for being anti-Islam."

"He said he had not meant to cause offence and wanted to expose radical Islamists' view of heaven."

"Authorities said he had broken the law by sharing the cartoon."

"The prime minister was the first one who incited against Nahid when he ordered his arrest and put him on trial for sharing the cartoon, and that ignited the public against him and led to his killing,"
Saa Hattar, the writer's cousin
http://www.bbc.com/news/world-middle-east-37465656
--

May we choose to reject All forms of religious and scientific harm and slaughter.

However, this week it doesn't look good.

Many Americans opposed the U.S. selling 1.5 billion to Saudi Arabia which is waging a vicious Islamic war in Yemen where over 10,000 have been killed, many of them by bombing.

But this week, the U.S. Senate voted by a large majority to support the destruction, to support sending weapons to a ruthless Islamic government which is largely, or at least partially, responsible for the endless Islamic slaughter of the last 50 years.

Plus, like Jordan, Pakistan, etc., Saudi Arabia's Islamic government denies its citizens basic human rights including freedom of religion and freedom of speech.

It imprisons innocent civilians for their writing and for their beliefs.

How dark is the darkness of world religion and politics,

Live, instead, in the Light,

Posted by Daniel Wilcox at 3:39 PM