Have You Considered “The Mismeasurement of Propinquity”?

Ever been too close to see something accurately? Too close (or too far) to make a wise choice?

Propinquity means the “nearness in place or time” (Webster’s 9th New Collegiate Dictionary). In “The Sphinx,” one of the most inspiring short stories of literature, Edgar Allan Poe meditates on life and death and meaning, and how to face tragedy and fear.

Poe was no stranger to tragedy or fear, for his wife, Virginia, died of tuberculosis when she was only 24, and they were so poor they didn’t have money for firewood or blankets to keep her warm in their cold cottage. She died wrapped in Edgar’s old army coat with their cat close to her to provide warmth.
How does one deal with such tragedy?

In the story "The Sphinx," the author brings keen insights to us through the medium of a monster story set at the time of an actual cholera epidemic in New York in 1832. In one paragraph alone, he raises this big-mouth-full phrase “mismeasurement of propinquity.” (Try saying that really fast;-)

Poe’s thesis is that all too often most of us, if not all, misunderstand the nature of reality and our own actions because we fail to consider the nearness in place and time (or the distance) when making major life decisions--philosophical and ethical choices.

#1 The father who won’t let his daughter go out to a party one Friday night because he is concerned there might be drugs and alcohol. He remembers all the parties he went to as a teenager, the boozing and carousing, and the devastated lives for some of the participants. He wants to protect his daughter from all that. He’s still very close to one particular night when he got stone drunk. Yes, a case of still being “near in place and time” to his own wrong choices.

In contrast his daughter is very far from that “place and time.” In fact even though she’s been warned by the ‘horror’ story over and over by her father, she just can’t see it. For her, she’s not like her dad (or her mother for that matter) and something bad isn’t going to happen. She doesn’t drink, gets good grade, and teaches Sunday school to 3rd graders…All she wants to do is to go to this very special party, see the guy she likes, hang out, and have fun. Yes, a case of being “far from that other place and time.”

Which individual is too close (or too far) to see accurately? Probably both the father and the daughter.
This is where reflection and careful choice is very important, also where specifics could be considered by both the parent and the teen.

The Mismeasurement of Propinquity shows up in so many situations and choices in human interaction and history. Think of examples of your own.

Then consider the complex example explained by Poe in “The Sphinx.”
Yes, get your hands, or your digital eyes, on a copy of the story and experience Poe’s 19th century explanation (updated example) of why the United States should never have invaded Iraq or Afghanistan, at least not with the hope that they would become democracies.

Think before you act. Don’t be too near or too far from the situation to measure accurately.

Posted by Daniel Wilcox at 11:44 AM No comments: 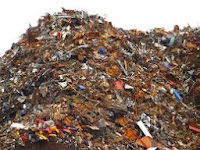 On the way to the coast’s town dump
Junk in the back jostles in the turn.
Dark blue clouds drop heavy rain down.

But launch to flight as I shift reverse;
Backing up my van to the trash heap.
I get out and step in the hogged mud,

Throw out the old bed banisters
A rusted chair, worn shirts and ‘genes,’
All my grouchy ire and anger;

Yes and my enlarged head tilted
With church dogma, loads of heavy fact,
And too many years of clouded regret.


First published in the Tipton Poetry Journal,
and in the poetry anthology, Dark Energy, by Diminuendo Press

Posted by Daniel Wilcox at 2:06 PM No comments: