Powerful words indeed, but so lacking in this current time of extremism from the right (Trumpism, Proud Boys, Oath Keepers, most Republican leaders)

and the left (Marxist-CRT leaders, BlMers, Antifa, many Democrats).

Both sides engage in endless name-calling, demeaning, and bullying. And vandalism, violence, propaganda, and destruction... 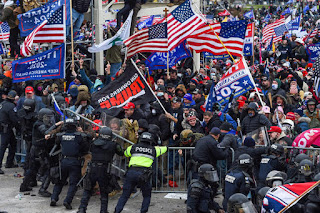 Very strange that Donald Trump even calls his leader of the Republicans in the Senate, Mitch McConnell, an s.o.b.! Tragically, these nationalistic leaders and the rioters in the capitol building and elsewhere behave like the racist segregationists who attacked nonviolent Blacks in the 60's and 50's and before.

Radical Democrats such as Rashida Tlaib attack all law enforcement as being racist who intentionally kill Blacks. They argue for the defundng and abolishing of the police! Blmers yell obscenities, vandalize, and physically attack officers. This generation for unknown reasons has adopted the extremist views, hateful speech, and violent actions of the late 60's by POC. 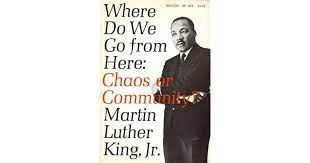 What ever happened to the reconciling ways of Martin Luther King, the early SNCC leaders, Bayard Rustin, John Lewis, etc.?

As an old radical leftist from the early 60's (early member of S.D.S.), I am baffled by the obscenity-heavy hateful speech by the right and left. Both sides seem driven by intolerance, lack of empathy, stereotyping, and downright lying.

A few words from King that this generation needs: "Nonviolence means avoiding not only eternal physical violenc but also internal violence of spirit..."

"The non-violent approach does not immediately change the hearts of the oppressor. It first does something to the hearts and souls of those committed to it. It gives them a new self-respect; it calls up resources of strength and courage that they did not know they had. Finally, it reaches the opponent and so stirs his conscience that reconciliation becomes a reality."

And, I remember in contrast the fervent leftist leader and atheist of our S.D.S. Group at the University of Nebraska. He spent months in the South working for civil Rights in 1965, was a passionate advocate for human rights, justice, and racial reconciliation.

But unlike many leftists of the present, he talked rationally, didn't use negative propagandistic slogans, didn't verbally attack and name-call, didn't fill his speeches with obscenities and demeaning statements against those of the opposite side.

I suppose one could say that the S.D.S. leader was something of a hero to me.

Dan Wilcox
Posted by Daniel Wilcox at 3:41 PM No comments:

Book Review: LIONESS: Golda Meir and the Nation of Israel by Francie Klagsbrun

Lioness is well worth reading. One learns a lot about the history and leaders of Israel from a different perspective, a different angle than the usual history of a nation.

From Golda Meir's inpoverished, troubled early life in the Soviet Ukraine, to about 10 years as an immigrant in the U.S., to her abandoning that middle class life in Milwaukee, Wisconsin, to go pioneering in the British ruled Palestine after the Great War--what a fascinating life journey. 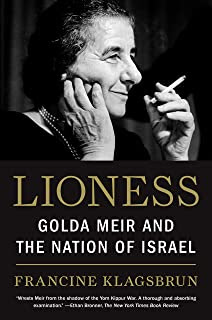 She left the conveniences of American life in Milwaukee to live in a tiny rental in Palestine where conditions were primitive, worse than her childhood in the Ukraine. She had to handwash all of her clothes, and do laundry for others for meager pay, etc. The Palestine Mandate for immigrants were harsh, impoverished, with diseases such as malaria, and dangerous.

Arabs resented and opposed the huge numbers of European Jews who were immigrating into what had been their Muslins' land for almost a 1,000 years (since the Muslim Conquest). The population in the 19th century had been 85% Muslim, 11% Christian, and 4% Jewish.

The area was often lawless, though administered by the British as a mandate. It was like living pioneering days of the 19th century on the Oregon Trail in America. But instead of Apaches and other indigenous tribes, there were Arab raiders and Muslim mobs who attacked and massacred Jewish civilians. And during the 1930's and later, Arab leaders supported Nazi Germany.

I learned and understand so much about that era and about Golda Meir, and have already started to reflect upon various important themes in the biography. Francie Klagsbrun has written a powerful account of her life.

The most vitally important theme is about the nature of Golda Meir's (and other famous immigrants) absolute devotion to establishing and focusing on the state of Israel. They were extremely dedicated to Zionism. Too much so thought the German Jewish thinker Hannah Arendt who wrote that Golda Meir’s total commitment to Jewish nationalism was an “idol.”

Though, fortunately, Golda, didn’t take her absolute commitment to Zionism to the murderous length that Irgun, Lehi, and other Jewish extremists did.

But she did seem to relegate nearly everything and everyone to Zionism's commitment to create the state of Israel, and to a secondary degree to worldwide socialism. Her fervent dedication led her many times to unhealthy personal sacrifice, to such deep involvement and obsession that she mostly ignored and failed her young children, was unfaithful to her husband, and then abandoned him.

Sometimes, she made immoral and unjust decisions. One was to abort her first infant, because naving a child would have gotten in the way of her fervent political goals. Besides, she knew she had to work much harder than other leaders because she was the sole woman in a male-dominated group. Her life does show how choosing a finite object to ‘worship’ such as one's nation or one's ethnic-culture is an idolatrous form of group egotism.

Though Klagsbrun’s book is a very good effort, and is mostly interesting, definitely well worth reading, and isn’t as dry and is seldom boring, it does slow down at times. Like so many government-leader biographies, the book spends many pages describing the bureaucratic meetings, political-infighting, political procedures, propaganda and deception, etc.

One serious lack in the volume is there is hardly any of details or stories of Golda’s personal life other than hints of her adulteries against her husband, affairs with other Israeli leaders, etc. Evidently, Klagsbrun was unable to find significant evidence and stories of her private life.

Posted by Daniel Wilcox at 10:57 AM No comments:

Posted by Daniel Wilcox at 11:53 AM No comments:


Also, see a related video by NAS Daily on Facebook: "The Teacher Who Drew Microsoft Word"
which shows what happened later when Microsoft Corporation heard about him and his school that had no computers.


In the Light of Inspiration and Hope--
We need to be so thankful for visionaries such as Richard Appiah Akoto.

Posted by Daniel Wilcox at 11:17 AM No comments:

Israelis versus Muslims, (and the U.S. versus Iran, etc.) retaliate against each other's violent actions--an 'Eye for an Eye'; the Results...

from Times of Israel: "Israeli forces carried out a strike on an Iranian ship in the Red Sea in retaliation for previous strikes by Iran against Israeli vessels, according to a Tuesday report.The anonymous US official said Israel called the strike a retaliation, and that the ship had been hit below the water line." https://www.timesofisrael.com/israeli-forces-carried-out-strike-on-iranian-ship-in-red-sea-new-york-times/ 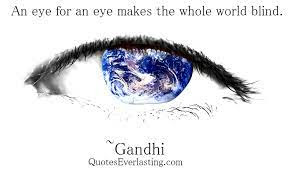 choose the way of the Good, the Just, and the Caring.

Posted by Daniel Wilcox at 2:57 PM No comments:

#1 MLK's moral criticism applies to Biden, Trump, Obama, etc. The last few administrations are spending about 1 trillion on nuclear weapons, billions on 650 military bases around the world, foreign wars that have nothing to do with protecting the U.S., etc. 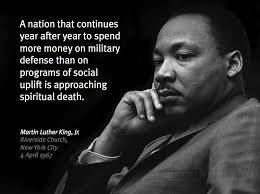 For an adequate defense of the U.S. NONE of that is needed.

Instead, we ought to be using our wealth to reduce taxes, to encourage small businesses,
to teach the impoverished 'how to fish', and to give generously to help those humans in need, etc.

#2 As far as I can see President Biden doesn't yet have a long-term "border policy." HOWEVER, the tragic problems of hundreds of thousands of refugees have no easy solutions. 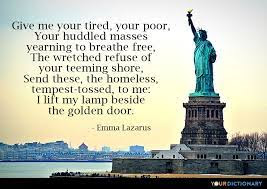 One possible idea is to help business-developers create new small business-free zones along portions of the border where billions of current wasteful federal government spending could be rerouted back to free-enterprise innovators, to successful NGO's such as Habitat for Humanity, World Vision, etc., who could then provide jobs and training for refugees.

Refugees wouldn't have to stay in make-shift tents in Mexico where they are in danger from drug cartels, pimps, and other criminals. Nor would they yet be allowed into the U.S. proper until a probation time and until they showed they are truly impoverished refugees and are willing (like many are indeed) to work hard.

This buffer zone of say 10 miles would also be staffed by a very large number of border patrol agents fully engaged-- not in trying to be social workers--but instead they could return to policing, to stop cartel smugglers and other destructive humans.

Hopefully, the Mexican Government and the U.S. Government can do something like this, can work together to create a whole new way of a joint border--one that develps, that shares, a border that educates, that helps, that brings reconciliation.

Posted by Daniel Wilcox at 1:13 PM No comments:

In this time of protesters demeaning and harming police, here's a new song by Coffey Anderson - Back The Blue (Official Audio)

Posted by Daniel Wilcox at 3:30 PM No comments: