Sermon on the Mount by the American Jesus

Matthew 5:
Jesus with little children:
"Truly I say unto you who ever welcomes one of these little ones in my name might be welcoming a murderer or a drug. Let us get her to a detention center..."

"If a man strikes you on the right cheek, turn to him and shoot him..."

"Do unto others as you suspect they might want to do unto you."

Matthew 9: 20-22
A woman comes for healing to Jesus:
"My child of course I could, but who would pay for it? Yes, it is a sad story, but it does not make me responsible."


GOP Jesus from Friend Dog Studios
Posted by Daniel Wilcox at 11:00 AM No comments:

Muhammad was NO Prophet of God


1. No prophet of God would invade a town and behead 500 Jewish men who opposed him and then sell their wives and children into slavery.

2. No prophet of God would rob caravans.

4. No prophet of God would marry his adopted son's wife as soon as she divorced his son! 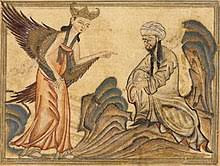 5. No prophet of God would own slaves.

6. No prophet of God would call for people of other religions to be beheaded.

Muhammad did in the Quran.

7. No prophet of God would commit polygamy, marrying many women.


Maybe there are no prophets of God.

However there are human leaders who, unlike Muhammad, do stand up for compassion, justice, equality, human rights, women's rights, freedom to reject your religion, freedom of speech, etc.

* Drawing of Muhammad from Wikipedia

"In March, Valquiria and her seven-year-old son Abel* fled Brazil and requested asylum in the US after death threats from drug traffickers. US border authorities forcibly separated them and continue to detain Valquiria...US immigration authorities must immediately free Valquiria while she pursues her asylum claim.

"...she received repeated death threats from drug traffickers who said they would kill her and her son no matter where they fled to in Brazil. On 17 March, after one night together in detention, US border authorities forcibly separated them without giving any reason, and transferred Valquiria to a detention facility called El Paso Processing Center.

"On 27 March, a US asylum officer found that Valquiria’s story was credible and justified her fear that she and her son could be killed if they returned to Brazil, allowing her to continue her asylum claim. There was no explanation as to why Valquiria was separated from her son, even though she had their identifying documents and her asylum case file recognized their family relation.

"On 10 September, Valquiria’s asylum claim was rejected and she began the appeal process, still in immigration detention and separated from Abel. Abel is now staying with his father, who is free in the US as he pursues a separate asylum claim. Seven months after their separation and still traumatized, Abel stares at the door waiting for his mother to come home, and still cannot understand why his mother does not come home. He will turn eight-years-old on 24 November and he dreams of seeing his mother before then.

"Asylum-seekers’ right to personal liberty should be fully respected. Detention or other measures short of detention, such as restrictions on the right to freedom of movement, should only be used when necessary and proportionate and should be justified on a case-by-case basis.

"1) TAKE ACTION
Write a letter, send an email, call, fax or tweet:
Urging them to immediately grant Valquiria humanitarian parole while she awaits the decision on her asylum claim appeal, as parole should be granted for humanitarian reasons where the person does not pose a threat to public safety and presents no flight risk;

"Calling on them to provide psychosocial support to Valquiria and her son, to help them recover from the trauma experienced from their unlawful family separation;

"Calling on them to ensure asylum seekers are only detained when necessary and proportionate in the individual case, and to grant humanitarian parole to all asylum seekers whenever possible.

"The cases of Valquiria and her son Abel were profiled in the October 2018 Amnesty International report, “You Don’t Have Any Rights Here”: Illegal Pushbacks, Arbitrary Detention, and Ill-treatment of Asylum-Seekers in the United States.

Read the rest of the Urgent Action request at:
https://www.amnestyusa.org/urgent-actions/urgent-action-mother-and-son-separated-by-border-authorities-usa-ua-185-18/

Posted by Daniel Wilcox at 11:05 AM No comments: