Missing Star and Cradle in Palestine-Israel

Weird Christmas Eve 46 times past
With no holly, blinking red or green lights, 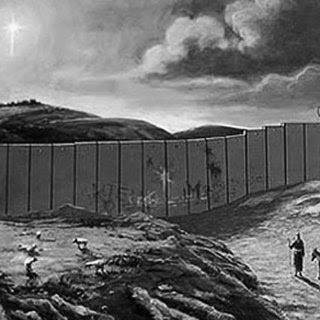 Posted by Daniel Wilcox at 3:13 PM No comments:

Review of the Philosophy Book, War of the Worldviews by the Phyisicist Leonard Mlodinow and Spirituality leader Deepak Chopra

War of the Worldviews: Where Science and Spirituality Meet--and Do Not

This book shows great potential. Consider the depth of the worldview questions that Chopra and Mlodinow answer based upon their counter views of Reality! 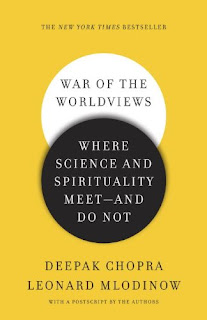 How Did the Universe Emerge?

Is the Universe Conscious?

Is the Universe Evolving?

What is the Nature of Time?

Is the Universe Alive?

Is there Design in the Universe?

What Makes us Human?

How Do Genes Work?

What Is the Connection Between Mind and Brain?

Does the Brain Dictate Behavior?

Is the Universe Thinking Through Us?

Is God an illusion?

What Is the Future of Belief?

Is There a Fundamental Reality?

And Mlodinow’s explanations are lucid, detailed, and measured. Chopra less so, though he makes a few good points that show the weaknesses of Mlodinow’s worldview, Naturalism.

The huge problem elephant in the room is Chopra’s ‘Spirituality” an Asian religious philosophical worldview, basically a non-organized Hinduism shorn of ritual and mythology based mostly in the Upanishads. He not so subtly fails to explain the central essence of his beliefs-- that all is God.

Though he hints at it by quoting the famous statement in the Upanishads that Reality is ‘THAT’; we humans are THAT! A famous rock group in the late 1960’s wrote a New Age song with that key line as its chorus.

In shocking contrast, Mlodinow’s “Reductionist” view diminishes the human species to only physical particles, though he tries to avoid the nihilism of many modern hard atheist/materialists by being civil in his responses and trying to present a humanistic view of the human species.

But he never explains how IF mind only comes from the brain, and the brain from mindless and meaningless evolution, and at the microlevel reality is deterministic, how in the cosmos can humans have any significance, how can “wonder” and “caring,” exist except as illusions, etc. How can humans have any worth, be more than particles moving about?

At the same time I was listening to the Audible version of this book, I read an intriguing review of British philosopher Christian List’s book, Why Free Will Is Real, and also listened to a deep interview with him by Michael Shermer of Skeptic Magazine.

Though, at times List is also unclear how one can avoid the opposite abysses of Scylla versus Charybdis—all is aware Mind versus all is meaningless atoms-- at least he does explain a middle way.

Like the famous astrophysicist George Ellis, and other non-reductionists, List explains the key is to realize higher-level activities in reality can’t be reduced to only microlevel atoms (like materialists and other reductionists attempt to do).

For instance, it’s the case of comparing physics at the microphysical level where only atoms are moving about with in contrast, the physicist at the conscious aware level wo is taking a break and deciding whether or not to have tea or coffee:-).

Or think how different only atoms physically determined reality is from at a far more complex different level, a psychologist helps an emotionally disturbed human to choose to change his destructive habits.

Or how different only atoms in a materialistic reality is from at the more complex level where an architect plans whether or not to use steel and glass on the front side of a new office building.

Obviously, the latter 2 examples of humans making choices can’t be reduced to only the movement of deterministic atoms from the Big Bang.

List’s view of reality is very different from both the “Conscious Mind of the Universe” of Chopra and the hard materialism of Mlovodov.

While Mldodov presents his case more moderately than such as Sam Harris with his podcast “Tumors All the Way Down,” the claims seem to be essentially the same-- only atoms are real, not human value and worth, and alternative and creative choices.

Those are illusions. And Jerry Coyne who claims that a human who “chooses” to murder or rape couldn’t have done otherwise since all atoms at the physical level of Reality determines everything.

Overall, though War of Worldview is worth the read, I was dissatisfied with both worldviews, would choose neither.

Again, so many nontheists and theists are claiming to “know” the nature of Reality. Heck many of them state that even if the cosmos repeated a “trillion” times, I would still hit the wrong key for a word in the last sentence, the Civil War would be fought, and the Germans and Russians would still mass-murder many millions of humans, etc.

Either because the Cosmos itself is huge deep time determinism or because God foreordained/determined every future event, every movement of even one molecule before time existed. 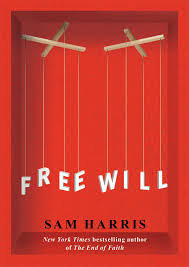 In contrast, it seems that the Buddhist Thich Nhat Hanh has a far better view: "Life is so short. It must not be spent in endless metaphysical speculation that does not bring us any closer to the truth."

Thich doesn't mean that he doesn't speculate sometimes. I've read a bunch of his books and he does at times deal with metaphysical ideas—some even very esoteric. But for the most part Thich is concerned with living ethically at this moment and the next moment.

Notice two key points: Much metaphysical speculation is just that--intellectual guessing about what no finite human knows. I must admit as a thinker, I enjoy intellectual thinking games that theologians/philosophers engage in. They are fascinating. And in some ways they enhance one’s thought life. HOWEVER none of that has ever helped me be more compassionate or patient or just or kind.

No theologian or nontheist philosopher's claims-- either about what ultimate reality was doing before creation or in contrast claiming the cosmos is meaningless matter, energy, and chance has ever helped me live my daily life ethically.

Furthermore, I find myself wondering how the creedal theologians or the nontheist philosophers "know" so much about Reality considering that the cosmos itself is many thousands of light years across, and cosmologists think there may be even a multiverse, etc.

How do creedal Christians ‘know’ that God preordained most humans to eternal torment before the creation of the universe? That all humans are inherently evil?

How do Nontheists know that there is no purpose, no meaning, no ultimate reality to all that is? That all humans have no inherent worth?

I admit, I don't know Reality in this sense.

Lest I take us down a dead-end side-trail, I will avoid giving detailed examples (though it is difficult for me as a retired literature teacher and creative writer not to; I am example-driven:-)

My trust that we experience Ultimate Reality in peak experiences, in altruistic actions, in just methods is only that. It’s not “belief” -driven like the claims of many famous theists and nontheists.

Notice Thich's last word in his wise sentence: "closer to the truth."

I do think that reason, communion, sharing, caring in the Light do bring us closer to ultimate.

Hope in the Light of Reason, Altruism, Justice, Honesty...

Dan Wilcox
Posted by Daniel Wilcox at 10:09 AM No comments:

The Importance of Defining the Term "G-d" When Discussing Philosophy, Worldviews, and Lifestances

The famous philosopher Martin Heidegger seems to show insight for how atheists and theists ought to dialogue: "Who is God? That is perhaps beyond the possibilities of our asking. But what is God? That we should ask."

Too often atheists assume a particular image, usually an anthropomorphic one, as the given for the definition of the term, "God."

And, too often, theists assume (except for fundamentalists and creedalists) that everyone listening to them will not associate their use of the "God" word with mythological versions.

That's one reason I prefer Webster-Merriam Collegiate Dictionary's first definition of the word, God: "the supreme or ultimate reality:"

Then with that start, theists and atheists can more clearly articulate what they do and do not think is true about reality, whether atheism generic is more true, atheism-materialism, particular organized religion's various anthropomorphic versions of "God," various forms of deism, process thought of Whitehead, Asian philosophical views, etc.

Is "ultimate reality" Chance or Determinism or the Good or Intelligence or Impersonal Will or Illusion of Matter or Laws of Physics or Consciousness or Principle or Trinity or Multiple Realities or Infinite Mind or Emergent from Matter or Process or Mystery or Unknown, and so forth?

There is something to be said for Einstein's emphasis that the human species in trying to ferret out the truth about reality is like a small child in a vast almost infinite library who has just started to explore.

Dan Wilcox
Posted by Daniel Wilcox at 4:53 PM No comments: