IF you could go back in history to any point and place, when and where would you go? And Why?

After mulling this over once and a while* for years, at least for now, I’ve decided I wouldn’t want to go back to sometime in the past—

1. Been ‘there’ enough via reading many tomes of history

2. Many of the most intriguing past times/places had too many negatives, tragedies, and immoral and unjust wrongs.

SO, NOW, at this present time moment, I would, instead, like to go into the FUTURE! 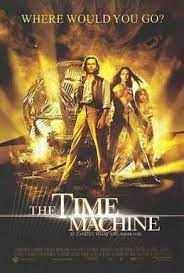 Probably into the future right here on the California coast.

I spontaneously pulling that year out of my rabbit-virtual mental hat (an analogy from the philsophical novel, Sophie’s World, by Jostein Gaarder).

#1 Will humankind overcome the current regressive backward fail of the early 21st Century?

#2 Will difficult Life questions have been solved?

#3 How did Life first start 2 billion or so years ago on Earth?

#4 Do humans have moral responsibility and creativity, the ability to make conscious choices from among many different possibilities and to bring new things into existence?

OR
Are all conscious aware humans only “puppets” yanked hither and yon by deep-time deterministic reality because every single event from the Big Bang to the Very Distant End was set in stone the moment Reality came into being billions of years ago?

#5 Will humans be any closer to finally knowing whether or not Reality has meaning and purpose (some form of Process Theism, maybe)

OR
That all Reality is came about by cosmic Chance, and is meaningless and purposeless, and humankind is a strange absurd anomaly (some form of Materialistic Atheism)?

#6 Have humans achieved the space goal of sending some to live permanently on another planet? Which one? Have we traveled beyond our solar system?

#7 Have scientists eliminated the worst diseases such as cancer?

#8 Did robots ever become sentient?

#9 What new inventions and technilogical achievements will come about?

*--Reflecting on The Time Machine by H.G. Wells;
11/22/63 by Stephen King;
The Time Traders by Andre Norton
and other such time travel classics of science fiction speculation.

Posted by Daniel Wilcox at 7:04 AM No comments:

The Strange Anomoly of Christian Doctrine Versus Most Christian Moral Affirmations

Strange how the theology and doctrine of the Christian religion and the Bible have been shown to be delusional, not based in reality, and have often led to persecution, oppression, slaughter, hate, rivalry, division, prejudice, theft, lying, and other immoral and unjust actions YET

many of the moral affirmations and prohibitions of the Christian religion and the New Testament have been shown to be true and trustworthy—exactly how all humans ought to think and act.

I wonder why that is? 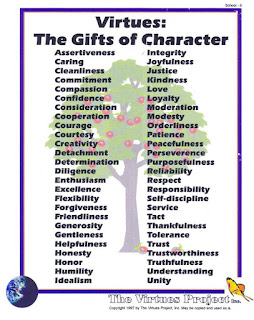 I warn you, as I warned you before, that those who do such things will not inherit the kingdom of God. 22 But the fruit of the Spirit is love,
joy,
peace,
patience,
kindness,
goodness,
faithfulness,
gentleness,
self-control;
against such things there is no law. 24 And those who belong to Christ Jesus have crucified the flesh with its passions and desires.

In the Light of what is True, Good, Kind, and Just, 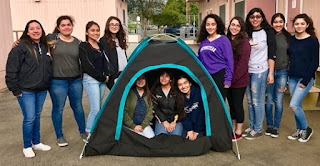 Their inspiration for the ambitious and innovative project was the growing problem of homelessness in their community. Improving the lives of homeless individuals and addressing their daily struggles with a lack of shelter and privacy was their guiding goal. They set out to create a highly durable, water-resistant tent that offered more air, light, sanitation, privacy, and a cell phone charging station.

https://www.passiton.com/passiton-blog/31-teens-create-portable-solar-powered-tent-for The team consists of San Fernando high school students who have had no formal engineering training, only a compelling desire to help their community. The students teamed up with a nonprofit organization called DIY Girls which supports girls in science, technology and engineering. Team members learned new skills ranging from coding and 3-D printing to sewing and soldering. They also taught themselves how to plan, print and assemble a product to complete the tent’s prototype.

America Hernandez and Casandra Salazar, two team members, decided to participate in the design and engineering project to help make a difference. “We decided that homelessness was something that was growing in our community and it was something that not a lot of people focus on,” commented America. The long hours and dedication required did not deter the students. “Since this project was meant for other people, we did feel more motivated,” added Casandra.

There are many state-of-the art features and design elements that make the tent unique. It is made to be both portable and lightweight. It neatly folds into a rolling backpack to make it convenient to travel with. The tent’s interior is equipped with lights, a pair of USB ports, and one micro-USB port specially powered by solar energy. The solar power is used to charge electronic devices, provide light and sanitize the tent’s interior.

Now that the prototype is complete, the team aspires to get their invention patented and mass distributed to the homeless population. The team also hopes their invention can eventually aid many different displaced people around the world, such as refugees.

Pass It On and The Foundation for a Better Life is highly impressed with these young innovators who identified and worked to resolve a problem in their community using their own skills and intellect. They are a great example of the value of Teamwork. As a team, they experienced the empowering feeling of witnessing how their combined skills could be put to good use to improve the world. Please help us honor these young heroes by sharing their inspiring story.

Please tell us about your everyday Hero. The Heroes among us are ordinary people whose actions leave a lasting and positive impact in their communities and demonstrate the potential in all of us. Their heroic acts uphold our shared values. Help honor these individuals by creating a billboard and sharing their story at: http://www.passiton.com/your-billboards/create

Sign Up to The Foundation for a Better Life PassItOn blog to be inspired: http://www.passiton.com/passiton-blog

Posted by Daniel Wilcox at 10:17 AM No comments:

wearing my fiery red shirt
for Christmas, I open our
sliding glass door;
sudden jolt in front
of my startled face--
a flash of feathers hum-buzzes,
darts within inches of me;

side of the road

fall back to autumn 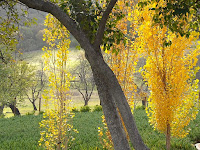 Posted by Daniel Wilcox at 9:51 AM No comments: