“Where do you get your stories?”

"Poet Muriel Rukeyser suggests that 'the universe is made of stories, not atoms.'"

"Rukeyser’s observation reminds us that while we can advance our understanding of the discrete aspects of our lives (especially in the physical realm) through the analysis and identification of atomic and molecular structures, meaning is found in the stories that surround those physical particulars.

We were intrigued, inspired, and encouraged as we heard stories from our workers and partners that told of transformed lives and healing and hope that came into the lives of prostitutes, prisoners, drug addicts and alcoholics, among others.

It is so easy to become trapped within the horizon of our own stories—those of our family, our culture, and our country. When that happens, our view of world becomes truncated, even tribal. Our lives become fragmented and we lose sight of our connectedness to the rest of the world...This fosters alienation...may even lead to war and destruction.

When, however, we pay attention to these stories that come to us from beyond...we are able to weave all the fragments of our lives into a meaningful whole...

We are to become responsible global Christians...to value sensitivity, learning and connection...The stories...help us to see and experience people around the world whom God loves...enrich our understanding of the global church and the context in which others seek to follow Jesus.

The world is filled with stories. Many are trivial, trite and banal.
[And he could have added, way too many are given to injustice and evil. But others] "help us to live into God’s vision...the larger story of God’s..."

Read the whole article at http://www.mennonitemission.net/Stories/BeyondOurselves/OurStories/Pages/Home.aspx
--

The Problem of Nationalism

Don't miss reading this powerful analysis of the biased conflict between President Abbas versus Prime Minister Netanyahu at the United Nations.

Again, nationalism and ideology trump truth and peace. If only we humans could be delivered from our human nation-self-centeredness.

"In conflict situations, these two merge more closely, and each side has a historical narrative made up of truth and myth in which “our side” is portrayed in a positive light, and 'we' are always the protagonist hero and victim in 'our historical narrative.'

We saw elements of the Israeli and Palestinian historical narratives in the recent UN speeches. Abbas opened his speech emphasizing the Palestinians’ openness to previous negotiations, their tireless attempts at presenting their position, and their sincerity during the process.

But these endeavors proved futile, primarily as a result of Israel’s refusal to “commit to terms of reference” and its continued engagement in settlement activities.

Throughout his speech he discussed the effects of the occupation on Palestinians, and recounts the Nakba of 1948 in which hundreds of thousands of Palestinians were exiled from their homes. In effect, he established the Palestinians as the victims of the conflict.

While renouncing terrorism and violence and affirming peaceful resistance to Israel, he never recognized the detrimental and traumatizing effects of violent Palestinian actions against Israel. 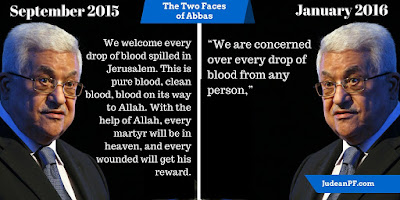 When Netanyahu gave his speech responding to Abbas, he constantly emphasized that Israel also extends its hand to the Palestinian people in peace. He stressed Israel’s constant hope for peace and its willingness to make sacrifices for peace, not only with the Palestinians, but with the rest of the Middle Eastern world.

In effect, he presented Israel as the peace-seeking protagonist, summoning the Palestinian people back to negotiations. He rhetorically reasoned with his audience, asking if they would wish for danger so close to their cities and families, reminding his audience of the resultant barrage of rockets that followed Israel’s withdrawal from Gaza.

He discussed the suffering of the Israeli people as a result of the rockets fired by Hezbollah in the north and Hamas from Gaza, presenting Israel as the victims of the conflict, never recognizing the detrimental and traumatizing effects of Israeli actions on Palestinians.

Consequently, he presented Israel as reasonable in its demand for military presence in the Occupied Palestinian Territories as he argued this is necessary for Israel’s security. 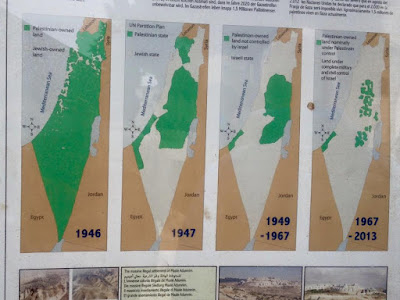 Toward the end of his speech, he discussed the ancient and undying Jewish connection to the land of Israel, but he pointedly failed to mention (thereby excluding) any comparable connection the Palestinian people have to the land, giving only a brief nod to them in closing as they “dwell” on the land.

Is it not interesting to note that reading between the lines, they are mirrors of each other? 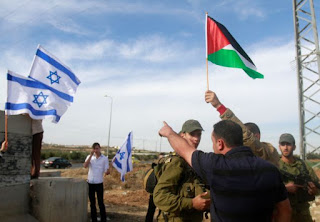 Both sides claim to extend their hands in peace, yet they make no room for one another in their narratives. Neither side is willing to publicly acknowledge its contribution to and perpetuation of the conflict.

Both sides reference their religious heritage to justify their historical narrative...it is internally focused, often contains half-truths, and when the other side is addressed, it is morally excluded and devalued.

In order for us, both Israelis and Palestinians, to make progress toward reconciliation, we need to learn to truly listen to each other’s needs and be willing to recognize our own shortcomings.

The basic needs for mutual legitimization can be found in the speeches of both Netanyahu and Abbas.

Words of peace can be found in both speeches, but words of good will quickly dissipate when they are not coupled with acts of good will.

...we are all called to repent of our sins and shortcomings and seek peace, but this does not preclude us from reading the Bible in light of our own historical narratives...We can also read the Bible as an ethnic group, taking certain passages and using them for various purposes.

Above all, we are called to peace, love, and fellowship. We work for this every day and we hope you will continue to walk alongside us as we pursue peace, encourage love of our neighbors, and journey toward reconciliation. Musalaha is a non-profit organization that seeks to promote reconciliation between Israelis and Palestinians as demonstrated in the life and teaching of Jesus."


Let us live in peace, for peace, with peace
in the Light,

For 50 years, I've fought against the "Doctrines of Grace," the Reformed view of existence, the one of theological determinism, where humans are born without a choice, where in God even planned the Holocaust!

I got so I absolutely hated this religious term, "grace," since it stood for all that is most abhorrent in religion. How sad since once grace stood for infinite mercy, divine love, generosity, goodwill...

But some Christians are seeking to bring back the word from Sheol. Here's a new acronym use of "grace" which delivers the basics of the Good News:


God’s image in us, but broken

Restored and renewed through faith

Atonement from Christ for all humans

Capable of free choice in love


from The Meeting House


In the Light of God's love,