for ALL Humans--Left and Right, BLMers and Trumpers--"the line separating good and evil..."


FOR ALL HUMANS, left, right, BLM, Trumpers:
"...the line separating good and evil passes not through states, nor between classes, nor between political parties either -- but right through every human heart -- and through all human hearts. This line shifts. Inside us, it oscillates with the years.” 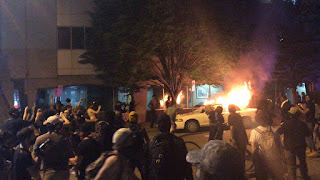 “If only there were evil people somewhere insidiously committing evil deeds, and it were necessary only to separate them from the rest of us and destroy them. But the line dividing good and evil cuts through the heart of every human being."

“In keeping silent about evil, in burying it so deep within us that no sign of it appears on the surface, we are implanting it, and it will rise up a thousand fold in the future. When we neither punish nor reproach evildoers...we are thereby ripping the foundations of justice from beneath new generations.”
― Aleksandr I. Solzhenitsyn, The Gulag Archipelago 1918–1956


From BBC World News:
"The UN estimates that 200 million women and girls alive today have undergone some form of genital mutilation.

"It can cause lasting physical and mental trauma, including chronic infections, menstrual problems, infertility, pregnancy and childbirth complications."

This year,
"a man in Egypt who allegedly had female genital mutilation (FGM) carried out on his three daughters after tricking them, has been charged along with the doctor who performed the procedure. 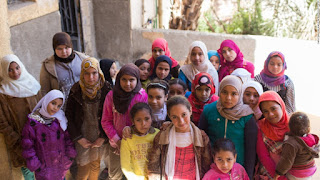 The doctor went to the girls' house after their father told them they would receive a coronavirus "vaccination", Egypt's prosecutor-general said.

The girls, aged under 18, were drugged and the doctor cut their genitals.

FGM was made illegal in 2008 in Egypt but remains prevalent."

Read the rest of tragic story at BBC World News.
Photo from CNN
Posted by Daniel Wilcox at 10:55 AM No comments: