Remember the fairy tale of the princess and the frog? Ready for a poetic explanation of Life;-)?

Over 50 years ago the famous psychologist Eric Berne, creator of Transactional Analysis, published Games People Play. In fairly quick succession, other self-help books followed including his What Do You Say After You Say Hello? And I’m OK, You’re OK by Thomas Harris and Born to Win by Muriel James and Dorothy Jongeward

And they were all about how all of us humans became frogs but can become princes and princesses... 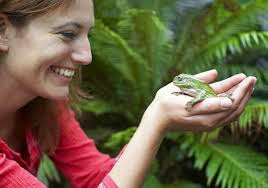 First published by Liturgical Credo, we give you--

*People are born princes and princesses until their parents make them into frogs.
Dr. Eric Berne

But, of course, our baned, blameful
Cursed parents—those mean bewitchers—
Were once descended royalty too, little infants and toddlers
In their own parents' arms! And back to back, too many grand-grand

Princed-ancestors, turned endlessly receding, hopping in reverse
Into slimy frogs (warty toads) once upon a time as nearly ill-well
Down to the first crouched human, not so grand, the beginning of all croakedness.
What so unlovely theoried words for the froggy in us all.

So where did this repulsive 'tail' of the soon-to-frog progenitor start,
The tadpoled-former prince of mortalness begin?
Back before the primordial oozed pond changed into concrete
Drainage canals and high tech zoos, yet slime and 'grim' remain?

Go back, back and back, what a birthing pain in the you know what,
Generation upon generation to the human start—
That doesn't solve why frogginess croaks and hops in us all,
Down through the millennialed generations, a tad bit yarned. 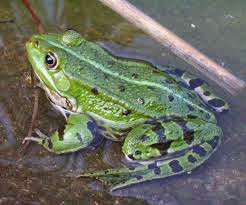 Why do millions of us birth oh so good, but devolve into ne'er-do-bads,
Little ones growing, cycling down to dysfunction, neurosis, selfishness,
Even suicide and war; or throw money around ourselves like confetti,
Gorge to overweight, and spend spend for dieting in deluxe gyms

While others, skin and bones, pick small finger-fulls of corn kernels
Out of horse manure on the muddy road, become child-soldiers with guns?
Yes, the civilized twentieth century proved to be most murderous one;
What so unlovely theoried words for the froggy in us all.

Yes, we're dealing with the cussdedness of our human kingness
Says Mark Twain (oh, the prince and the pauper).
Of course, Eric Berne, the astute psychologist knows our inner self
Of the three aspects of awareness—our felt, taught, and thoughtness,

The Child deep inside, then what our Parent instructed us for good or ill and our Reason
Which tries to sort some sense into this quagmire of feeling and prejudice;
But the analyst knows that deep within rules "the little fascist,"

That small warlock who started it all and ever seeks chaos and defeat.
But from where did this little daemoned martinet come?
What so unlovely theoried words for the froggy in us all.

The Catholic in heated discussion will point to Adam's Original Sin
When the wily snake cast doubt and tempted us to dragon's pride.
His nemesis the Calvinist will shout our reptilian fallenness came
By the predestined will of the Sovereign who ordained all sin.

Woe, to be damned to eternal fire forever for God's pleasure;
What so unlovely theoried words for the froggy in us all.

A different source of our loss of princely innocence comes from liberal
Folk, the Enlightened ones, who reason we are born into this evolution
Of becoming, from the natural cosmos where life blossoms and cancers
(The duo of opposites) so babes are both squires and tadpoles,

Will become both princes and frogs together split,
(Though snake or dragon aptly fits more than a few),
And we must strive for the crowned mind not the sludge-paupered pond
Though most of the countlesss millions fail to reach such a sought throne.
What so unlovely theoried words for the froggy in us all.

Tragically, in many cases lost children struggle in dysfunction,
Almost from birth because they were born unfortunately
To very froggy parents living brazenly wrong, in our malfunctional society,
Ever tempted by the glutted media praising our worst inclinations.
What so unlovely theoried words for the froggy in us all. 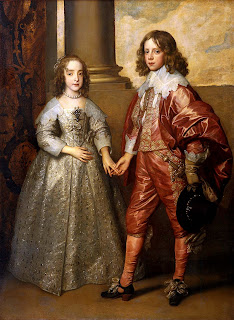 Thus we princes and princesses at birth, not consciously self-aware,
But 'natural' like smart animals, soon awaken to moral consciousness;
Perceiving finite nature, we turn to gimmie gain and then guilt,
Not getting beyond our selfish tempted pond. Even

Our false religions mask the slither and wily guile gone to bad,
And again bites the hand and 'soul' of our every action.
What so unlovely theoried words for the froggy in us all.

Egocentric, we cycle down from the constant test to our own demise
Or if we seek our true Love's embrace, responding to Ever's mercy,
Awaken to our Lover's kiss, rise in thankful compassion,

Bow and kneel in meekness to true spiritual life, renewing our royal births,
Becoming prince and princess ruling down our lower froggy passions,
Rising to knight and ladyhood, birthing eternity in our full-hearted actions.
What potential lovely truth for the prince and princess in us all.

Posted by Daniel Wilcox at 8:08 AM No comments: