FINDING WHAT IS TRUE

“Am I committed to any ‘truth’ so deeply that I am willing to die for it, and willing to live moment-by-moment,
hour-by-hour, year-by-year for that truth, until my death?

How does one find what is the Good, the True, the Just, the Beautiful?

How does any individual discover whether a philosophical, moral, or political claim is genuine, is true,
is ‘truth,’
is an accurate reality 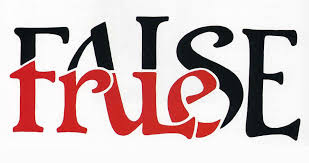 Posted by Daniel Wilcox at 6:40 PM No comments:

At Ramadan, What All Humans Need--3 Ought Not Fight 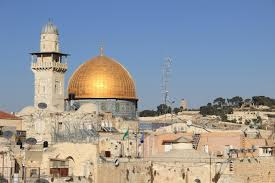 At this contentious time of physical and verbal harm,
this reflection is surely needed:

Disking the rock strewn
Objected earth near Jerusalem,
Underneath the Middle Eastern sky
Rows of mean earth riven by the blades,
We cut away our anger, hate, and pride,
Stopping to drink, not from the liquor

Of fanatic corruption but from
The precious water welling up,
Our oasis of Jacob'd sharing,
In this Ramadan season
Months before Christ's birth
And Hanukkah.

We three sons of Abraham,
Muslim, Jew, and Christian,
Ought to fight the true battle
Not each other,
Not with weapons of harm
But
To be found worthy
In compassion
Sharing,
And kindness--
The true
Submission
To God
Over
All.

Posted by Daniel Wilcox at 11:32 AM No comments:

Divergent Human Stories, Science, and the Nature of Reality


“The sense of spiritual relief which comes from rejecting the idea of God as a
superhuman being is enormous.”
Julian Huxley, Religion Without Revelation 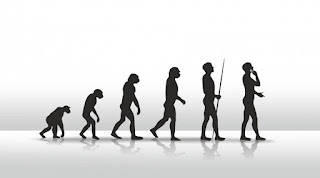 And contrary ones such as: The human species is amazing in its abilities, achievements, and wonder--
that this one form of primate has become rationally, scientifically,
morally, and transcendentally aware,
is capable of creative choice and
has decoded the human genome, sent probes to the edge of our solar system,
has become aware or human rights, justice, and altruism
and creates aesthetics and music, and so many other positive, emotionally
and rationally new creations!

Astrophysicist Joel R. Primack and Nancy Ellen Abrams wrote in their humanistic astrophysics and meaning book, The View from the Center of the Universe that human thinkers need to come up with a new meta-story for the human species that is neither superstitious (old religious myth) nor nihilistic (some philosophers' and scientists' claims--see examples above).

WHAT IS THE TRUE NATURE OF REALITY?

Anthropologist Clifford Geertz "...thinks of religion as a set of symbols which provide man a “meaning system” that can answer his fundamental problems about the interpretability of the universe. The “templates” which guide the behavior of animals are for the most part provided by innate instincts, but man has rather few instincts
and is capable of surviving in the world not because he is endowed with an elaborate system of instincts but because he is able to evolve culture; that is to say, a series of meaning systems with which he can interpret and organize his life."

"Man’s religion is the most fundamental of his meaning systems because it is one which provides answer to the most puzzling and basic questions about the meaning of existence itself...
Most of us need, at least implicitly, some sort of rough and ready answers to questions of whether
life has meaning,
of whether good triumphs over evil; or evil, good;
of how the good man lives;
of whether the really real is malign or gracious;
and of whether man is capable of establishing relationships with the real.

Our religious symbols contain, frequently in highly poetic form, the ultimate meaning system or interpretive scheme
which we use to cope with these questions."
--Andrew Greeley

And in another book by science and meaning, writer Nancy Ellen Abrams explains:
"The clear goal of my book, stated from the start, is to present a scientifically impeccable yet personally empowering way to think about God in the modern age.

"An emergent phenomenon is not the sum-total of a collective – it’s something radically and unpredictably new that arises from the collective by the laws of nature. Each of us, for example, is made of trillions of cells, but we are not just the sum-total of those cells, or we would be a large and slobbering mass of unconsciousness."

Yes, we exist only because of our cells, but what has over the course of evolution emerged from the complexity of those cells’ interactions is a human being – a complicated, self-conscious, feeling, acting, intellectually curious, potentially spiritual being that far outlasts all its individual cells and is in no sense in the image of a cell."
--
[Negative secular thinkers] "are out there giving popular talks where they cynically condemn our universe as “the worst of all possible universes” simply because of something that may (or may not) happen in billions of years; or they describe the heavy atoms cooked up in stars, which we and Earth are made of, as the “waste products of supernovae” when they could just as accurately and certainly more inspirationally call those atoms “stardust.”

So true. Abrams shows that the facts of the existence are the same, but how one understands the facts makes a huge difference. Some human thinkers view them very negatively from an anti-humanistic life stance, while others do the opposite.

Contrast the positive life outlook of science writer Carl Sagan when he wrote that humans are made of "star dust," to those naysayers, nihilistic thinkers who claim that all humans are "chemical scum,"
"waste products," "biochemical puppets," etc.

Abrams gives an example:
"There is nothing uncomfortable about dark energy but thinking makes it so. Once we accept that dark matter and dark energy account for 95% of our one-and-only universe, our spiritual challenge is to discover the comfort in them – and there’s plenty, because we owe them everything. 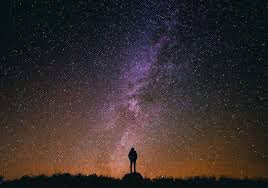 Without dark matter and dark energy we would never have existed. For billions of years dark matter has been pulling atoms together while dark energy flings space apart. Their interaction with each other has spun the galaxies into being, thus creating the only possible homes for the evolution of planets and life."
--

"The way our species as a whole is behaving today is unsustainable and even self-destructive in the long term. Bronze Age ideas about God are a big part of the problem, not only for believers but for atheists...who still see their job as opposing those old ideas rather than transcending them."

"But [creedal religious] belief and atheism are no longer the only options.

We are living in an amazing time when the new cosmology is teaching us not only what kind of universe we live in but how to open our minds to the cosmic deep time
from which we emerged and the cosmically long term future our descendants could have."
--
"Atheism is a reasonable reaction to the many impossible notions of God, but it cannot be the final stage of our understanding if we humans want to rise to our full potential and cooperatively confront the global problems that threaten us all."
A God That Could Be Real by Nancy Ellen Abrams
http://www.nancyellenabrams.com/blog/my-response-to-marcelo-gleiser-s-review-of-a-god-that-could-be-r

SEEK WHAT IS TRUE. CREATE HUMAN STORIES THAT ALIGN WITH SCIENCE, ONES WHICH CAN INSPIRE US TO NEW DEPTHS OF PURPOSE.

Posted by Daniel Wilcox at 11:36 AM No comments: