How to Find Truth--a Survey

Back, so long ago;-) when I was a teenager, I listened to radio call-in shows. What is your favorite new song, band, type of music? Surf City;-) The Yardbirds? Classical?

While I am finishing up on my blogs on Heaven and Hell, I would like to invite all you blog readers out there to "call in" and give us your view in the comment box on how humans can come to the Truth.

Here are some of the traditional answers:

Do you trust in one or more of these?
Why?

If not, where do you look for the actuation of Eternal Truth?

Or is Eternal Truth an illusion or delusion as nontheists assert?

If so, then by what method do you seek to live your life beyond
the instinctual, cultural, and national levels of existing?

This questionnaire/survey is designed from a western theistic framework,
however, we are deeply interested in other perspectives as well--Buddhist,
Hindu, Islamic...

Please call in and win the latest virtual prize;-)

The Beginning and the End, the Ancient of Days, the Satan, the Height and the Depth, Sheol, Hades, Gehenna, the Sheep versus the Goats, the Third and Seventh Heavens, the Heavens of the Heavens, the New Jerusalem, the Wedding Supper of the Lamb, the Alpha and Omega--what do all these eschatological words mean?

I've got the theological tomes The Flame that Consumes, The Dogma of Hell, The Sovereignty of God, Heaven, on and on, but here I am at 62 full of endless head notions theorized by countless theologians who've never been to either Heaven or Hell, so I am not going to regurgitate their speculations, at least not yet.

Instead, let's dive into Jesus' vivid imaged words. And remember, Jesus speaks in symbols, metaphors, and hyperbole. He is mainly concerned with our motives and actions of goodness, not how theologically, doctrinally correct we might be. After all the Scribes, knew the Bible better than any living humans yet they failed to live loving lives.

Also, let's try to forget everything we've heard or read about the End of Things. Too often people take Jesus literally and thus miss his message altogether. Too often the Good News Jesus came to declare and give to all has become bad news of the worst sort, even downright evil.

Matthew 5:29-30: "And if your right eye causes you to sin," Jesus says, "gouge it out and throw it away. It is better for you to lose one part of your body than for your whole body to be thrown into Gehenna."

One extreme statement of Jesus' many extremist statements. But what does it mean? The first point to see, based on an understanding of Jewish imagery is that Jesus is not talking literally. Beside, no disciple in the New Testament is ever spoken of having actually gouged out his eye or cut off his hand.

If Jesus is not speaking in prose, not in legal terms, then what is the message?

And what is Gehenna?

What ever Jesus is saying, it can't be what a lot of religious people (Christians and Muslims) mean when they speak of God hating sinners and destining them to Hell. Many Christian and Muslim leaders even claim that God preordained most humans to eternal damnation before the beginning of Time!

But in the same section of Scripture as Jesus' Gehenna statement, Jesus says we are to love our enemies like God loves all humans, that indeed to love others is the way toward perfection:
"I say to you, love your enemies, and pray for those who persecute you in order that you may be sons of your Father who is in heaven; for he causes his son to rise on the evil and the good, and sends rain on the righteous and the unrighteoous...Therefore you are to be perfect, as your heavenly father is perfect."

Yes, God loves us deeply, limitlessly and is not willing that any individual should perish (11 Peter 3:9).

But what of Hell then? What is Gehenna for if not for humans as the Catholics and Reformers, and Muslims, and other claim?

So why then does Jesus speak of individuals who don't help the poor and the hungry and the persecuted as being told to "depart" into the eternal fire?

Because when humans refuse goodness, even embrace evil, they identify with evil. And evil is bound for destruction if there is any justice in the Cosmos.

Another way of perceiving this is the outlook of Eastern Orthodox theology which emphasizes that God (like Scripture says) is a "consuming fire." The Orthodox church says God is the fire of eternal love which purifies and redeems all who willingly live in love.

In contrast humans who focus on, live in, selfishness, greed, lust, hate, and revenge--are consumed by those evil actions and cannot experience God's love as purifying because they refuse to love the truth.

Also, keep in mind none of this is literal! How could Death be thrown into Hell? That doesn't make any rational sense; it's not a factual statement of prose, of science. We are speaking here of spiritual truth in the language of metaphor and imagery.

But even beyond this, some followers of Jesus (such as Origen, C. S. Lewis, William Barclay, Keith Ward, etc.) have deep hope that since God is perfect love, that God will never give up on even the most evil-choosing humans, the ones utterly given to the seven deadly acts of depravity. Hopefully, at some distant point in eternity, even the most rebellious and reprehensible will come finally to the truth and be saved.


Let us look briefly into this term Gehenna. 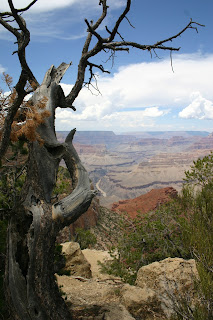