The Cosmos Between Our Ears:-) 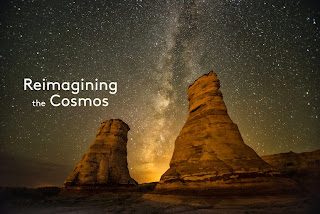 “See, most Christians are taught that they are a part of a sweeping, cosmic drama with a story arc that spans all eternity.”
Neil Carter

When Roman Catholics and Protestants, Muslims, and Jews see this “sweeping, cosmic drama”
through the lens of literalism and fundamentalism, their view is delusional.

They adamantly reject most of modern science, especially physics and biology,
in order to hold onto a 6 24-hour-day creation, and that the universe is
only 6,000 years old, and that the Sun miraculously stood still for Joshua, etc.

Thinker Neil Carter is right to have abandoned such an unscientific,
untrue view of existence.

But in a different way, many modern scientists, including non-religious ones, do think
humankind is “part of a sweeping, cosmic drama with a story arc that spans all eternity.”

In the scientific cosmology book The View from the Center of the Universe,
physicist Joel R. Primack presents such a view of existence, of reality.

Joel R. Primack is a professor of physics and astrophysics at the University of California—Santa Cruz. His area of research includes relativistic quantum field theory, cosmology, and particle astrophysics.

And in How It Began, a book of the history of the universe back to the Big Bang,
the author Chris Impey, an astronomer and professor of the University
of Arizona, Tucson writes, “If the universe contained nothing
more than forces operating on inanimate matter,
it would not be very interesting." 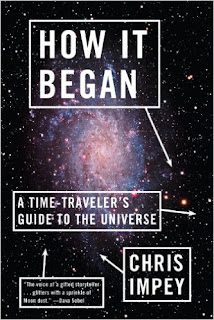 "The presence of sentient life-forms like us (and perhaps unlike us) is the zest, or the special ingredient, that gives cosmic history dramatic tension. We’re made of tiny subatomic particles
and are part of a vast space-time arena,
yet
we hold both extremes in our heads.”

Yes, the cosmos between our ears;-)

So no one needs join the naysayers and nihilists who claim that reality
is "meaningless" and "purposeless."

We don't need to start describing homo sapiens as "puppets,"
"meat robots," "tumors all the way down," "bags of chemicals,"
etc. like many atheist leaders do.
--

Astronmer Chris Impey goes on to ask, “Are we nothing more than
cosmic flotsam, contingent outcomes of evolution,
collections of atoms that got a little lucky?

Or are we built deeply into the architecture of the universe?

However, of course, scientists do speak out, do speculate on the ultimate nature
of reality, of whether there is a mulit-verse, of whether or not there is anything beyond
or transcending matter and energy.

Astrophysics professor Joel R. Primack:
“The history of the universe is in every one of us. Every particle in our
bodies has a multibillion-year past, every cell and every bodily organ has
a multimillion-year past, and many of our ways of thinking have multi-thousand-year pasts."

"Each of us is a kind of nerve center where these various cosmic histories intersect.
Time is one key to appreciate what we are. Ancient creation stories
[such as the Genesis account of the Bible of Jews, Christians, and Muslims] reflected
the universe as people saw it with the naked eye through the lens of their cosmology.

"But humans have gone far beyond in discovering what exists, how it works,
and new ways to think about it. We can measure time not only by seasons and years
but by radioactive decay, by the life cycles of stars, and by the expansion of the universe."

Our theories, such as relativity, illuminate the whole cosmos conceptually,
letting us think productively on an awesome range of scales and phenomena.”
The View from the Center of the Universe
Physicist Joel R. Primack and co-writer Nancy Ellen Abrams,
professors at the University of California, Santa Cruz
--
Yes, our perspective has changed from a very tiny one of a 6 24-hour day creation
and a cosmos only about 6,000 years old to the almost impossible to imagine
but factually-proven cosmos of the Big Bang.

But when we study and think and hold onto the accumulation
of all these facts and proven theories it can all reside, yes, between our ears!

How amazing our human consciousness, searching and reasoning abilities,
and yet so limited.

Within our finite mind, we conceptually understand a little of the distant
past and the infinite future, and we are here at midpoint—
an infinitesimal conscious primate given
the ability to conceive and to search out
and to try to understand
a teaspoon-full of the Milky Way.

A shot-glass of infinity!

No metaphor can't begin to hold
the breathless incredible expanse of it all.

Posted by Daniel Wilcox at 11:59 AM No comments: 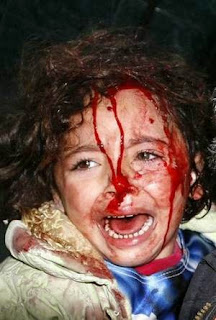 "...we must begin again by trying to imagine our enemies' children who, like our children, are in mortal danger because of enmity that they did not cause.

It is useless to try to adjudicate a long-standing animosity by asking who started it or who is the most wrong. The only sufficient answer is to give up the animosity and try forgiveness, to try to love our enemies and to talk to them and (if we pray) to pray for them."
Wendell Berry
Posted by Daniel Wilcox at 11:32 AM No comments: