but I spend all my days dream-widened by

the center-meridian at the equator,
jungled warm in the lush verdancy. 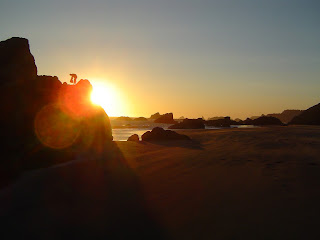 my every thought and act
floods with fervent intensity;

No arctic cold hardens this human clay,
no iceberg of a harsh snowy brow,

neither frozen north or south within.

At the wide equator,
I weep shards of scalding pain.

My temperament’s compass directs
me sweltering true east toward the Light.

Posted by Daniel Wilcox at 3:26 PM No comments:

The Negativity and Untruthfulness of Buddhist Philosophy

Several of the central claims of Buddhism: 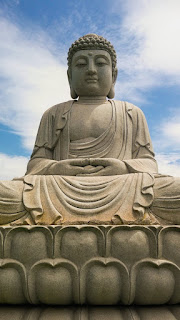 HOWEVER,
1. “desire” isn’t bad. On the contrary, desire is good—is the basis of survival, life, hope, creativity, and achievement. What is wrong is inordinate desire, desire that is selfish and destructive.

2. There are, indeed, selves—billions of them, dolphins, whales, bears, cats, dogs, pigs, and human primates. The more complex ‘selves’ such as humans not only are really alive, but consciously aware of themselves, and a sense of moral ought, and transcendent reality—the Good, the True, the Just, the Beautiful.

If there are no ‘selves,’ then, of course, there would be no Good, no moral truths. Nothing would be wrong. But real human selves exist that can be harmed by immoral actions.

What Buddhism gets wrong is to assume that a ‘self’ must be eternally permanent to be real.
But on the contrary, temporary, finite selves are VERY REAL!
They just aren’t endless.

Instead, temporary humans are finite conscious processes that come to life, exist, become self-aware, learn to think, create, read, write, make
inventions, study atoms, DNA of life, the geological history of the earth, and some of the billions of stars in the cosmos, etc.
And finally die.

Some Buddhists recognize that their philosophy needed correction such as Thich Nhat Hanh who helped bring about Engaged Buddhism, where each individual is of real inherent value, where life is Good.


In the LIGHT,
Dan Wilcox

Posted by Daniel Wilcox at 2:28 PM No comments: