Since the word “sex” only has three letters, how did it become a four-letter word (the “plow” word and the “love” word)?

How does an instinctive procreative act characteristic of all humans (and most forms of life down to fish and below) come to mean everything from the degrading and sadistically obscene to the uplifting and creatively divine?

From the violently aggressive to the joyfully receptive?

From one-sided self-centeredness to intimate communion of two lives? 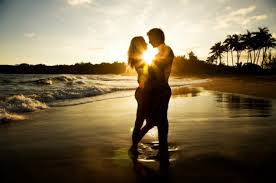 Regardless of one’s worldview, most humans* think humankind has reached a state in evolution
wherein individuals of our species can creatively use human innate characteristics,
adapting them for many different purposes and in very different ways.

This “plasticity” of human abilities enable billions of individuals to use their physical and brain skills, not only for time-immemorial practical acts such as plowing a field or constructing a building,
but
for transcendent goals.

Humans can use their brain consciousness and muscles to do acts that have no practicality at all such as play suspenseful sports in the Olympics or dance in complex moves across theater stages or construct beautiful poetic songs.

This “plasticity”—for good or ill--is, especially, true for human sexuality as shown by the wide variety of statements about sex by famous individuals in the first installment of this series.

Here is another striking example:
Alan Watts, a former Episcopal minister, became a prolific writer and famous transmitter of Buddhism to the American cultural scene. (When I was a teenager, and still a Baptist, I watched his show every day on PBS at 6 pm, marveling at his spiritual points and esoteric philosophical explanations.)

So far, so good, it seemed.

But then I read his shocking, repulsive autobiography, In My Own Way.

Alongside such spiritual gems as “The cross is at the heart of the universe,” which Watts quotes from a mystic,
he then describes his view of human being and sexuality.
“…Deep down inside, almost everyone has a vague sense of eternity. Few dare admit this because it would amount to believing that you are God..." 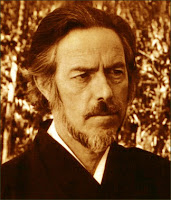 "My own sexual mores...I do not believe that I should be passionately in love with my partner...and still less, married."

"My life would be much, much poorer were it not for certain
particular women with whom I have most happily and congenially committed adultery...”
Alan Watts

Most of us aren’t too surprised by the sludge coming out in the media or by so-called red-necked vulgarity.

The guttural view of sex has probably been around since cavemen first spoke;-), but when a highly educated, philosophical, spiritually oriented individual such as Alan Watts glorifies promiscuous sex,
we surely know that human sexuality
is, indeed, very ambiguous with many strange variations,
and many of them destructive,
and so contrary to the Truth, the Good, and the Beautiful.

When he writes, "I most happily and congenially committed adultery...," it is clear that somewhere he took a disastrous ethical detour.

We’re all sexual, and in different ways, but, hopefully, we don't major in being unfaithful, disloyal, and promiscuous and, even worse, declare our harmful dysfunctional behavior with pride to the world.

Speaking of Buddhism, actually the latter, contrary to Watt's view, for most of its history had a very different view of sexuality.

Other forms of Buddhism go to the opposite extreme from Watts' adultery and promiscuity. These Buddhist leaders
have a very negative view of all human sexuality and even state that women must become men before they can be enlightened!

“...a large part of Theravada texts is devoted to the depiction of women as disgusting creatures too repulsive to touch.”
--Rev. Patti Nakai

Touching--now that reminds me of my own spiritual tradition, the part I hated as a fundamentalist teenager, words from good ol' Paul:
“Now concerning the things about which you wrote, it is good for a man not to touch a woman.”
I Corinthians 7:1, New Testament

Maybe that would have been good advice for Hugh Hefner and most of the secular individuals I knew at university who argued for 'free sex.'

But Paul's extremely negative remarks were difficult for me, especially when first going out on dates with friendly Nebraska country girls:-)
Remember the famous Beach Boys song from that era, "California Girls"?

Don’t get me wrong. I am talking about hand-holding and kissing,
traditional “necking,”
not anything below the neck.

Why, hey;-), when I was very naive in junior high, our Christian books so warned against kissing
that I really thought girls got pregnant from smooching!!

Shows I lived in a small village and attended a very strict Baptist denomination where movies, dancing, rock music were banned,
that I didn't grow up on my grandfather’s farm where many animals did 'it' all the time.

Contrast this religiously-sheltered ignorant upbringing with the ninth grader I encountered when I moved Lincoln,
the capital city of Nebraska.

The knowing teen smirked and demanded to know if I knew all about “69.”

Just what I didn’t know, and tried to not think about. But sure did:-)

Enough on autobiographies from Watts to Wilcox...

Then there's orthodox Judaism with its Jewish men's prayer thanking God for not making them a woman or a slave:-(.

I’m sure you get the general point, without my bringing in many details from Secularism, Hinduism, Islam and Paganism.

Yes, sexuality is a very powerful force/drive within humanity which has been shaped like soft plastic into countlessly different configurations by humans and their worldviews.

The earlier modern quote about the basketball player and his wife catches the true spirit of human sexuality, as God intends sexuality to be—a joyous monogamous daily choice by two equals.

Sexuality is a whole life response by a couple committed to a life-long relationship, neither temporary glandular instinct nor a restricted negative necessity. 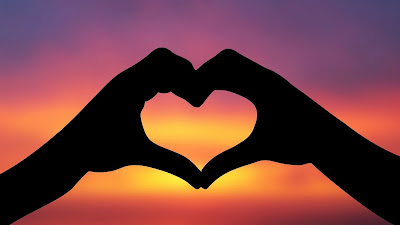 Here’s another fine explanation: “...Your understanding of love will change as you get older...I remember my second date...I totally lost my cool and told her I loved her. On our SECOND date!!"

"In 23 years, I’ve learned to put aside my selfishness more often, and I’ve learned more ways to love and cherish her...the heart of genuine love [in human sexuality] is an immovable decision to put your lover’s joy and welfare ahead of your own."

"Usually, you don’t fall into that kind of love; you climb into it. It’s not just something you feel [nor an instinctive urge]. It’s a decision you make.”
Duffy in Breakaway
--

Sexual love is a monogamous life-long commitment, a unique “ultimate” relationship—where two individuals give themselves to each other emotionally, mentally, and physically.

True love (in the marriage sense) is unlike any other human relationship, except in sacred writing where God is often spoken of as each individual human’s lover.

After all, the Creator came up with the ideal and the actual actions of human sexuality.

*Except, of course, for the theologically and materialistically fatalistic
Posted by Daniel Wilcox at 1:56 PM

I spend quite a bit of time thinking about human sexuality. I kinda have to since women's history is all tied up in it. I've found myself interested in the abuses both of polyamorous and monogamous relationships as I explore the whys and wherefores of how women came to be in the variety of compromising relationships and situations that characterize patriarchy.

I'm also interested in how sexual relationships and marriages sometimes get it right, and can become models for deconstructing patriarchy and other systems of oppression. Such relationships are based not on sexual fidelity (although that certainly plays its part), but on spiritual friendship and kinship.

I would agree that "spiritual friendship" is a vital key.