The Twisting of Social, Religious, Political, and Sexual Discourse

The biblical leader so much admired by Jews, Christians, and Muslims--David murdered/slaughtered/killed and mutilated 200 men in order to gain (buy) a woman in marriage who he didn't love, for his own political advancement. 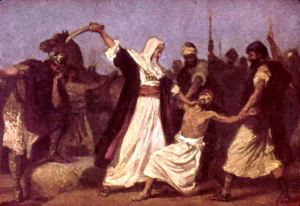 So much for Godly love as spoken of in Genesis.

Scripture speaks nothing of David’s caring for her (even though it does say the woman, Michal, loved him and that she protected him from her father). But because of danger, David abandons Michal, and then takes many other women in marriage (polygamy).

Later, David captures Michal back, stealing her from her lawful second husband.

So much for the holy institution of marriage 3,000 years ago in the Bible!

Yet Christian conservatives now are claiming that marriage has been a hallowed institution for many centuries. What historical tome have they been studying?

Any academic historian can show the institution of marriage in many past centuries seldom had anything to do with Godly standards. Instead marriage often oppressed and, even, abused women. Usually, in the aristocratic strata of society, marriage was for politics, money, and power. If in doubt read any scholarly book on the aristocrats and their marriages of the last one thousand years in Europe.

So much for marriage being a sacred and holy institution…

Yet modern secularists get blamed for distorting and destroying marriage by trying to change it.

So much for media distortion and Christian hypocrisy…

The God of the universe (as described by Jesus) has nothing to do with such a historically corrupt, insincere, and manipulative institution, other than in the sense of God first creating the ideal relationship of communion and fellowship at the start of the human race—which humans have consistently distorted through sexism, greed, and pride.

Indeed, Jesus emphasized 2,000 years ago how humans, especially religious people, are the ones who corrupt and destroy marriage!

Strangely and most ironically, the Christian conservative movement which claims marriage is a sacred institution that modern secularists are trying to destroy, has it itself a high divorce rate equal to non-Christians—33%! 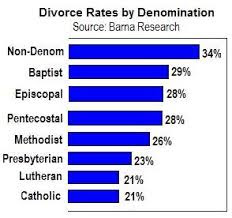 Furthermore, one of the leading Christian presidential candidates who condemned “gay marriage” has been married three times. So much for the holiness and unbrokenness of marriage…

This Christian leader divorced his first wife when she was seriously ill because he had begun an adulterous affair with another woman, then later he began a second affair and divorced this second wife of adultery, to marry a third, etc.

What about Jesus’ condemnation of divorce and the Hebrew Bible’s declaration that God hates divorce?

Were Jesus walking in the halls of Congress and the churches across the U.S. no doubt he would say to the religious conservative leaders:

Only when Christians first live loving, pure, and sacred lives with their spouses in life-long marriage, only then they may they speak to others about the sacrament of marriage.

What might they say in love and truth and humbleness?