The Failing Why of Prayer


Here's my brief response to one atheist's
carefully reasoned views of prayer,
psychologist Valerie Tarico's thought-provoking article,
"If "Nothing Fails Like Prayer" Why Do People Keep at It?" 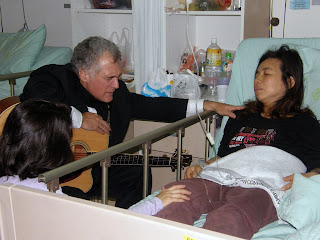 Here’s my thoughts on prayer:

At first, Valerie Tarico PhD., writes,
“One simple answer, of course, is that human beings are wired for superstition.”*

But are all of us human beings "wired for superstition"?

That was never the case with me in the 55 years that I was a Christian,
mostly of the very liberal Quaker sort.

Many humans, even atheists are superstitious,
such as the famous novelist and atheist Ernest Hemingway.
And, of course, millions of religious people are superstitious in strict conservative Christianity and Islam.

But, in our family, and our Baptist church, we positively berated and strongly opposed superstition.

My father, a Baptist minister and history teacher, was also very practical, a carpenter and skilled handy-man, too. And my mother, tended to be very realistic about life.

They had survived the Great Depression and suffered through WWII, knew that despite best efforts by people, sometimes horrific events happen. They both took a dim view of popular Christian beliefs such as "Name it and Claim" magical prayer, for instance.

So, I don’t remember ever having any sort of superstition when I was a kid. We were completely against all those sorts of beliefs from astrology to praying for your car to keeping lucky coins, etc.

So then why did I continue for many years to pray fervently, even long after I had quit believing in most traditional Christian beliefs?

Besides, NOT ONE of my many central prayers
(unselfish ones, centered healing for others, for world peace, etc.) in 55 years was ever answered. NONE!

So why continue to pray?!

#1 We heard many sermons from brilliant and caring leaders which gave various excuses that I took to heart. If leaders who I deeply respected, said that ‘it wasn’t God’s time’ or that ‘we didn’t have enough faith,’ etc., they must know more than I did.

#2 Prayer was, at it deepest level, much more than requests for miracles, etc. 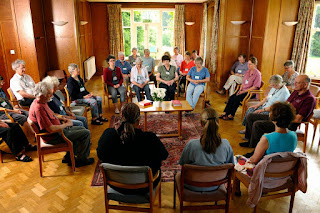 Such prayer wasn't the magical/superstitious "trying to figure out the cause and effect relationships that govern our lives" by God/Gods so that we could "manipulate what they do."

Like so many words, "prayer" has become so connotatively associated with bad stuff, maybe it's a word that we people ought to recycle, not use at anymore.

My deepest experiences with "prayer" weren't anything like "magic" or "superstition." They didn't involve petition or "trying to figure out the cause and effect" and "manipulate" God.

There was the dramatic conversion experience with God (that's what I felt and thought) when I was young in the family car on a country road in southeast Nebraska.

And then later as an adult, I encountered several inexplicable transcendental experiences
(like Ralph Waldo Emerson’s sort of Transcendentalism explained in his essay, "Nature"),
experiences in which I was very clear-headed, not in a church, experiences that greatly
affected me for the positive and the best.

I don’t claim to know their nature from a scientific point of view, but they were joyful, life-changing,
and beneficial.

Long after, I had come to the conclusion that there are no miracles, that all such claims are hearsay, placebo, misdiagnosis, false-reports, even fraud,
I still
thought that the human sense of the transcendent is real,
and, for that matter still do.

Also, when I was an adult, I became a liberal Quaker, and many modern Quakers tend toward the rational side. Einstein in later life said that if he wasn't of a Jewish background, he would be a Quaker.

#3 Also, prayer was an important response--a form of deep meditation--when all possible humans actions have failed.

Many humans curse, others kick the wall, etc., I prayed:-)

My prayers did no good for any real-life changes,
but the inner communion helped me emotionally in the midst of despair and sorrow.

FROM If “Nothing Fails Like Prayer,” Why Do People Keep at It?

“If prayer actually worked, everyone would be a millionaire, nobody would ever get sick and die, and both football teams would always win.” –Ethan Winer

"The phrase “nothing fails like prayer” was coined in 1976 by secular activist, Ann Nicol Gaylor, and the evidence is on her side. Research on “petitionary prayer,” the kind that makes requests, shows no overall effect or one that is very weak.
-
And yet, despite a stack of evidence that God is either deaf or dead (or otherwise unaffected by human supplication), theists by the hundreds of millions keep sending their requests heavenward.

In a 2010 Pew Survey of 35,556 Americans over half said they prayed daily, with 48% of Millennials (born 1982-2002) and 68% of “the Greatest Generation” (born 1900-1924) reporting prayer as a daily part of their lives.
--
Millions more respond to “acts of God” like hurricanes and tornadoes or, worse, to violence committed in the name of God like bombings and mass murder with words like “Please pray” or “Our prayers are with the victims.”

Since prayer has no measurable effect and religion often plays a causal role in mass violence, requesting or offering prayer in response to a natural disaster or terrorist assault may seem particularly cynical or cruel.
--
One simple answer, of course, is that human beings are wired for superstition. We see patterns in all sorts of random phenomena and engage in wishful thinking that knows few bounds. The scientific method is powerful precisely because it erects barriers against our tendency toward wishful thinking, forcing us to ask the questions that could show us wrong. It has been called, “what we know about how not to fool ourselves.”

So why is it that intelligent, compassionate educated adults—folks who would laugh if you suggested they carry a lucky rabbit’s foot or sacrifice a small goat or cross the street to avoid a black cat—still pray?"
(She deals with more complex issues which I will answer later.)
-

Then share your own views and experiences--positive or negative at her website and here on this blog.

Posted by Daniel Wilcox at 8:02 PM