1. Begin with Reason
2. Humbly Search to Discover and Base Your Behavior Toward Others Upon Kindness, Meticulous Honesty, etc.
3. Don't Start with the Most Speculative or Ancient Scriptures

When one decides it’s time to think about the philosophical nature of Reality, beyond the truths of moral realism and basic reasonable living, then
one ought NOT
first seek guidance from ancient literature
such as the Jewish Bible or the Christian New Covenant. 1 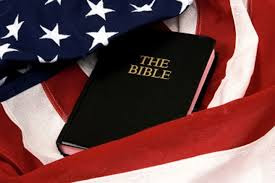 INSTEAD, all human ought to study user-friendly academic books on astronomy, cosmology, and evolutionary biology.

Based upon those extensive facts, scientific discoveries, defended theories, and a general overview of basic reality, (along with reason and moral realism), a human can then begin
to make educated guesses as to the inherent or transcendent nature of God.

At this point, one of the many reductionists or skeptics will probably jump in and emphasize that all of this worldview of Reality is built on presuppositions such as moral realism, the realness of the human mind, self-aware consciousness, and moral responsibility.
That, of course, is true.

No view of Reality begins without a few presuppositions which form the foundation. Heck, science can’t even function unless one accepts such presuppositions as that meticulous honesty must form the basis of all research.

And, it is possible, as the famous atheist, philosopher, and Nobel-winning writer, Albert Camus, wrote, that reality is “absurd.”
However, most scientists and thinkers do think that reality exists objectively, that humans are capable of meticulous honesty, and we are all morally responsible.

NASA scientists, mathematicians, and technologists have been able to repeatedly send probes into space, including all the way to Pluto, to land surveyors on Mars, and astronauts onto the moon, and to the International Space Station.

None of those achievements could have happened if math is "fictional," if the cosmos isn’t out there, and so forth.

So those basic presuppositions, based upon Enlightenment values, don’t seem like a quick-sand foundation.

2 Even if there is no reality out-there, even if moral realism is fallacious, even if all humans are “biochemical puppets,” (to quote Sam Harris), etc., Albert Camus wrote then
we humans ought to “rebel” against such an absurd existence.

Camus sought to live this out, living as if moral realism is true,
as if justice is real,
as if humans do have inherent worth.

He emphasized that slaughtering humans is wrong, that justice ought to be pursued, that even capital punishment of murderers is unjust!
--

1 IF the 66 books of the Bible (or other Scriptures including the Quran, the Mahabharata, the Bhagavad Gita, Buddhist Sutras) had truly been revelations from God, then all of many horrific immoral, unjust texts wouldn’t have been included in such Scripture.

Think of all very evil slaughters, enslavements, thefts, lies, etc. that multi-millions of believers have committed in the last 3,000 years because of those evil verses!

As for the marvelous morally true passages, if led by God, his followers when reading and memorizing their holy books in a supernatural way, would have lived inspired moral just lives.

THE EXACT OPPOSITE HAPPENED MOST OF THE TIME.

Study the tragedy and absurdity of history of ancient Judaism and creedal Christianity (the Roman Catholic Church, Reformed Church, Lutheran Church, Evangelicals, Charismatics, etc.) . God believers have avidly persecuted, oppressed, abused, stolen, lied, even committed genocide, burned at the stake, drowned, tortured in the name of their God and his abstract doctrines and dogmas.

Very few—only a tiny number—of believers
have sought to live some of the great moral ideals of ancient Jewish writers and statements of truth from Yeshua and other writers in the NT.

Even today in the 21st century, rampant evil happens because of devout believers in God.

In the U.S. at least 78% of Evangelical Christians support immoral and unjust and unequal polices completely contrary to the very words of Jesus’ moral truths.

Millions of American Christians strongly support a government administration who advocates the violation of the Geneva Conventions, supports autocratic regimes such as Saudi Arabia and Turkey (who execute, deny human rights and freedom of religion, and imprison many thousands of innocent humans).

It builds a multi-million-dollar wall to keep out refugees--the illiterate, impoverished, and persecuted.
It falsely accuses most of these ‘huddled masses’ of humans as being thugs and drug cartel killers,
BUT
that is completely disproven by known statistics which show that most cartel drugs come through ports of entry into the U.S.

So many famous Christian leaders such as James Dobson of Focus on the Family and Evangelist Franklin Graham claim that God supports President Donald Trump. They claim that Trump is God’s man, that God put him in the Whitehouse! Some even state that those who didn’t vote for Trump are against God!

YET these same Evangelicals claim that billions of us humans are foreordained to eternal damnation because we don’t believe in strange abstract doctrines such as Original Sin, Penal Substitution, and the Trinity.

Thankfully, we don't need to live by ancient texts,

Posted by Daniel Wilcox at 4:04 PM