The Nature of Human Sexuality, Orientation, and Truth

Currently in the news, the huge focus this month is on:

What is true and good about sexuality, male and female, and marriage?
June has been titled PRIDE MONTH.

On nearly every topic at present, it seems Americans strongly disagree.
Consider other ones beside the sexuality controversy:

However, the central focus today is on sexuality because it is being called PRIDE Month. Even Niagara Falls has allegedly been colored to support same sexuality and one sees the gay pride image everywhere. 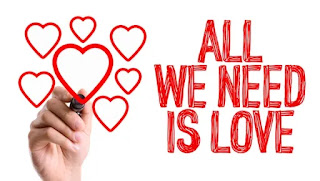 Not a day goes by but central news stories are reporting for or against same sexuality. Two Christian denominations are even splitting over the issue, (the huge United Methodist Church and the smaller Mennonite Church U.S.A.) Some others have divided in the last 20 years.
What is true and good about sexuality, male and female, and marriage?

What do you think of the following 4 life stances on sexuality held by millions of Americans?

What ought to be opposed by everyone instead are clearly destructive immoral actions including promiscuity, adultery, sexual harassment, prostitution, rape, etc.

2. A partially accepting view within some conservative Christians and others is that “same sexuality is problematic, not the ideal, but not inherently morally wrong.”* This view is similar to a local school here on the central coast of California that emphasizes elementary school students ought to write with their right hand (even if they are left-handed).

3. A more negative view of many creedal Christians, orthodox Muslims, orthodox Jews, etc. is that same sexuality is somewhat like the
tendency of some humans toward alcoholism—an orientation that is innate in some humans, but only wrong if one gives into it and drinks alcohol.

4. The most negative and traditional view for thousands of years among monotheists is that same sexuality is an immoral and evil choice that no human ought to make. Sexual orientation doesn’t exist.

-- * These points are presented very well and in depth by the Mennonite theologian Ted Grimsrud in his lecture on same-sexuality.
"The Bible and same-sex marriage"
PEACETHEOLOGY.NET
Ted Grimsrud Lecture presented at Oak Grove Mennonite Church (Smithville, Ohio)


In the Light of the Good, the True, and the Just,

Posted by Daniel Wilcox at 9:44 AM

Hello, Daniel! ...It's so very, very sad to see this question coming back with renewed negative energy. I very much like stance #1 -- thank you for the good source tip!
(It was a good surprise to hear from you on pancompassionist! -- I wasn't expecting company for the parked comments! & what a funny irony -- if it's Tim Keller you found, he's probably at the opposite extreme from the Keller we heard from : ) He sounds a little on the scary side! Here's the Keller we listened to -- "Catherine Keller, George T. Cobb Professor of Constructive Theology in The Graduate Division of Religion of Drew University....If you are new to Catherine Keller and Process Theology this is the book to start with – On the Mystery: Discerning Divinity In Process." Here's the dialog link [hope it works if you're interested!!!] https://trippfuller.com/2022/06/07/catherine-keller-theology-in-process/ ) Hope all is well your way -- and that all the veggies are thriving : )

Sorry for my bad mistake. Whenever I hear the name Keller (the horror he preaches), it's like waving the red flag for a bull. I need to be more careful in reading. Thanks for correcting my error and recommending Catherine. I'll check out her writing.

Glad to see you are posting more at pancomapassionist.

No, no, the mistake was my not thinking about how comments would look to a reader!!! & being ambiguous!!
I didn't think I'd ever heard of Tim Keller, but looking now at wiki I probably did read Kristof's NYT piece Christmas 2016. Thanks so much for the alert!
Hope you enjoy Catherine -- sounds like she enjoys the "unknowing" approach -- which is funny, since she writes so much about it : )
Very fun to hear from you!

Great to hear from you, too. I had just, incorrectly, assumed that since you are a Presbyterian leader and Tim Keller is a Presbyterian theologian and minister that you would know him. I've started to read about Catherine Keller. Her views are, indeed, very different than Tim's.