The Good, the Bad, and the Baleful

Starting in reverse with the baleful and the bad, saving the best, the Good until after: We’ve already discussed how humans (men are the focus since I am a man) use their Brains, Beliefs, Brawn, and Boasting to enlarge their own ethnocentric lives, destroy other nation’s men, women, and children, and how they see women as booty either in the sense of possession or sexual conquest and subservience.

“Equal but subservient” isn’t equal, as we learned during the past era of Segregation and the Civil Right Movement in the United States. 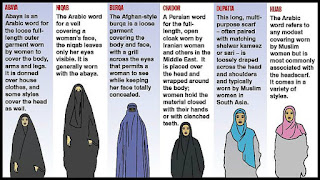 And anyone can understand this--except orthodox Muslims--by observing Sharia Law and how it is implemented in Islamic countries like Saudi Arabia, Iran, Iraq, Afghanistan, and Somalia.

Whenever men, whether for secular or religious reasons subjugate women, no matter how much they claim they are honoring women, we know otherwise and can see the discrimination and the harm and the cruelty. 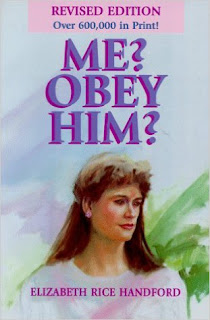 A very bad example is 1 Timothy 2:9-15. Think of the millions of women over 2,000 years who have suffered from the infliction of these verses.


Here's one horrific example from conservative Christianity:
"Alford draws our attention to the fact that in Genesis 3:16, after the Fall, when God was appointing the devil and woman and man to their distinctive experiences of the curse, “bearing children” was the very point where God’s curse lands on the woman. “To the woman he said, ‘I will surely multiply your pain in childbearing; in pain you shall bring forth children.’”

"Pause and feel the weight of this for women in the centuries before modern medicine. No hygiene, no spinal blocks, no episiotomies, no sutures, no caesarians, no antibiotics, no pain killers, and often, no recovery. Untold numbers of women died in childbirth and countless more suffered the rest of their lives from wounds that prevented childbirth, or any kind of normal sexual life."
from Christian Theologian John Piper

So according to such conservative Christian leaders, millions of women through the ages had to suffer and die excruciating deaths because of a curse by God against one woman, Eve, in the Garden!

Again, one can see why so many humans rightly reject this abusive version of Christianity which follows the literal and worst verses in Scripture. Very baleful!

But since this is an unethical action I’ve not been tempted with, my comments will be short and to the point. Only once, many years ago when I was about 10, was I ever attracted to the “quick money” grasping of betting. And that occasion was more likely peer pressure, since I don’t remember really wanting to take marbles from my friends. It was they who wanted me to bet my own marbles. Somehow my parent found out and showed me betting wasn’t the way to follow Jesus.

As an adult, I've stopped a number of times in Las Vegas and other gambling towns. Once for about an hour I watched men and women gambling.

What's strange is that they didn't look happy at all, not like the advertisements showing young people laughing and rejoicing--not at all. These were older individuals, smoking constantly, and drinking, were hunched over with worry or tension or depression etched in their faces.

So here’s it plain and simple: Betting is wrong because if one wins one takes money or valuables from others—those who ought to be using their funds for their family or the lost and hurting and malnourished of the world. 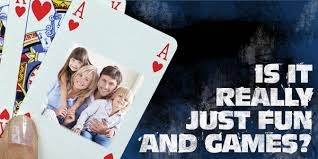 If one loses, there is the temptation to keep gambling to win, but everyone else in your family loses.

If one simply can’t really enjoy gaming without the costly risk of valuables being exchanged, maybe, consider some form of charity gambling where no one loses except to benefit the needy and the lost and the suffering.

All bets are on, on that kind of betting. It’s like taking all of your money to buy the field where the buried treasure (the Realm of God) is.

Bet-gambling's the bad of it.


Now for the baleful—the Boozing: “Wine is a mocker and strong drink is a brawler, and whoever is led astray by it is not wise.”
Proverbs 20:1 ESV

Scripture doesn’t say you can’t have a glass of wine with supper or a beer with your buddies. Jesus even made gallons of wine for a wedding celebration at Cana, after many at the festival had already had plenty to drink!

What is unwise, what leads one astray is when wine is a mocker and strong drink is a brawler—i.e. when one’s drinking leads to wrong-doing, to fighting, to abusing, to carousing, to immoral actions. And we know when that happens, unless our conscience has been seared. 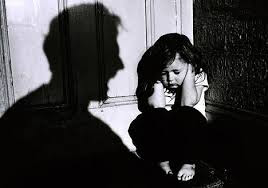 In my time I have seen in my own extended family, and in some friends, and in the families of students much destruction come from the use and abuse of alcohol.
How tragic and destructive alcohol, nicotine, and other drugs are.

Besides, think of all the men who have harmed their bodies and been caught in the endless cycle of alcoholism. Of famous humans, the list seems very long--Earnest Hemingway, F. Scott Fitzgerald, William Faulkner, Jack Kerouac, etc. 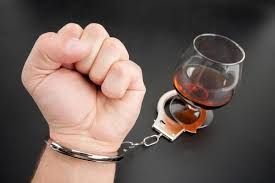 Better is the way of praise in the Spirit of holiness, not the spirit of intoxication. “Do not get drunk with wine, for that is debauchery, but be filled with the Spirit.”
Ephesians 5:18 ESV

I am of the opinion (though more devout followers of Jesus than me disagree) that followers of the Good, disciples of the Way, seekers of the Truth should not use controlled substances.

Instead live filled up in the Ocean of Light.

Consider this true narrative in a poem from an actual experience:

JimTown, across the county line
Where many a poor Cheyenne
Emptied his dim future
In the short, sotted glass;

Nothing new of this watery fire,
The forked-tongue libation
Passed from the pallid men
Down to generations of the lost,

Lives to Chief Bacchus of the bottle;
Restricted to behind the dark bars,
They shuffle the time worn cards,
Then slump, no longer ruling the plains.

But the Rez's young girl, his cousin,
Only 12, copper-templed and kind,
With glorious raven hair, now
In the gathering Montana dusk

Tips on the dirt walk, sour breathed,
Staggers on the 'warn' path
Through Lame Deer town,
And passes down, then gone.

Says another tribe's brave,
A leader in translation,
My heart is sick…

I will drink no more forever.


In the Light of Divine Love,

Beautiful poem.
I know that historically, "spirit" substances such as wine and beer have been welcome. Ancient Egyptians found that beer was the only thing that could tame the anger of Gods (the goddess Sekhmet). Ancient Greeks used to drink wine daily (though watered down considerably).
But I agree that having a glass of wine once in while is quite different from getting drunk for the sole purpose of getting drunk.

Also, isn't it odd how poems can come out of tragic situations?