The Bad of Boasting

Check out Hannity's America where the TV news commentator Sean Hannity claims "the U.S. is the greatest, best country God has ever given man on the face of the Earth. 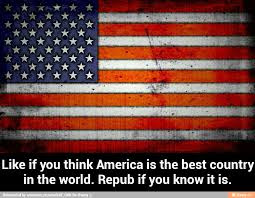 President Barack Obama claims,
"The entire world is watching. So let's seize this moment to show why the United States of America is still the greatest nation on Earth."

And Mitt Romney, the Republican candidate for president, claims American is “the greatest nation in the history of the earth.”

Huh? What happened to moderation, humility, unselfishness, and focusing on others?

Nationalism is rotten to the core. 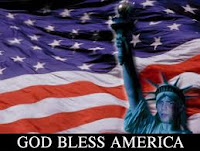 What about focusing on asking God to bless others, to bless the needy, the impoverished, the persecuted, the lonely?

May God bless everyone!

A cautionary note: There is a huge difference between nationalism--"America is the best, the greatest...God bless US!
versus
genuine patriotism, moderate love of one's country.

Sometimes when a leader claims his country is great, he means 'I love my country in a widened extension of love for my ken, my family and my spouse.'

In its best expression, love of country is like love of one's wife, a husband loves his wife like no other human.

See how obnoxious and absurdly arrogant that sounds, if he claimed the latter. No, he is speaking of being a loving couple. When we see such love the result is uplifting and a blessing.

I felt such love for the United States when as a young teen I earned my God and Country Award for Boy Scouts. The award wasn't a negative comparison award where I was vaunting my country over all other countries, but a genuine love of our people and our government.

Our love of our country can be genuine while we are still fully aware that multi-millions of other people elsewhere love their countries, too.

Tragically, most human political speech usually means the opposite--that my country is 'better' than all other people's countries.

Senator Mark Hatfield of Oregon (one of the only two senators to vote at the start against the Vietnam War) warned against such boasting. He wrote two books about his time in American government, and in each one he warned against the insidious temptations of American politics (Crisis and Conscience and Between a Rock and Hard Place).

According to Senator Hatfield it is nigh impossible to escape from the pride which inhabits all political involvement in our government in Washington D.C.

Notice how Hannity, Obama, and many other political and religious leaders are continuing this tendency for human group pride. They claim the United States is better than all other nations, even all other nations in history!

This is an arrogant-spirited American IDOL, in the worst sense of the wor, where only one nation gets to claim its top dog--or is it 'top god?' (sarcasm intended!).

Of course, Americans aren't the only humans to get sucked into this virulent boasting. Try reading a few statements by the British leadership for more than two hundred years when the sun never sat on the British Empire, which was far larger and had a much greater control of the world than the U.S. ever has.

And don't forget the late 19th-early 20th century German belief that their nation, Deutschland, was uniquely called and indwelt by the World Spirit, called to lead the world.

Or consider the vast French claims during the Napoleonic Era, the Russian Empire, the Muslim Conquest, or the Roman Empire, the Persian...blah, blah...

There is seemingly no doubt that pride (boasting) is the worst human evil. What is baffling and tragic is how many modern Christians of a variety of stripes still seem to obsess on this temptation, to exalt THEIR nation as being better than all other people's nations.

And the true historic tragedy is that while individual pride constantly hurts a few humans, national pride and boasting has killed literally millions of people, and is the worst of worst when it comes to human evil.

Nationalistic boasting is the worst part of the ocean of darkness.

Let the OCEAN OF LIGHT overwhelm our tendency to pride.

When I hear such statements from our political leaders, I am always reminded of my childhood. These are the exact statements I was taught as a child, when I lived in USSR: "We live in the happiest country on Earth. Our country is the best country in the World. Our childhood is the happy childhood. We are the happiest children on Earth." So now, whenever I hear something like that (even in a different language), a small light bulb comes on and I say to myself, "Propaganda!" That's all it really is...

I think of rearing children when I read this. As a children grow (or as students learn), it is so much more effective to tell them about your pride in them with specific examples. Instead of saying, "You're the best!" you can say, "I really appreciated how sensitive you were to your friend's feelings," or "It makes me feel good to see how hard you worked on that project." In this manner, a teacher or parent can also make suggestions for future improvement. "Your analysis of this text was thought-provoking. Now you are ready to include more citations of primary sources." When politicians stroke our egos instead of using their positions to facilitate and encourage successful community endeavors and improvements, they accomplish nothing. Instead of hearing "We're the best country in the world," I'd like to hear, "We have a rich legacy of protecting the principle of equality. Let us work toward ensuring equal protection for our most vulnerable citizens." (But now I'm just daydreaming!)

Yeah, actually my original draft also had Russia included, because I know the USSR leaders like the USA, etc. also boasted a lot.

Rather ironic that's its newspaper was called Pravda. Whenever the government speaks of "truth" watch out. It's time for George Orwell's Animal Farm!

Excellent point! We teachers here at our high school (and me and my wife personally as parents)tried to focus on such specific positive encouragements.

What's so absurd about the present election zoo (sorry animials;-) is that most of the candidates are repeating the same bogus boastings and nationalistic rhetoric that I've heard all of my life and read about in history.

You would think by now I would have given up hope. I still remember listening with heartache to the '68 Democratic Convention on my van radio on an island in Pennsylvania; then discovered my battery had died like the hope for real change.

But hope rises up again and again.