Living Toward the Garden: Part 2

Back before my recent battles against the hellish dragons of modern Christian theology and politics, I was ruminating on my ‘fishy’ eating habits ;-): 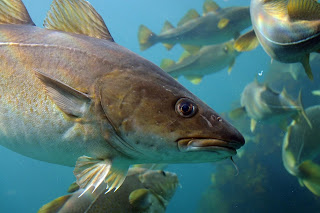 My fairly recent move toward vegetarianism (in the last 10-15 years, since turning 50) isn’t intellectually driven, but more of an emotional/ethical intuition, an inclination toward the ideal world of Creation before death and decay, before tooth and claw, before kill or/and be killed. The move is toward the perfect world of the future in the Chosen One.

And on the levels of commitment, my choice is only an educated opinion, not doctrine or conviction. When I began the move, I didn't even tell anyone of my change--just stopped eating pork, then beef, and finally cut back on chicken and turkey. Only when family members asked did I briefly mention I was focusing on fish, but didn’t explain.

I still do eat some ‘foul’ food sometimes with my family and relatives. In harkening toward Heaven in the field of cuisine, I’m not a legalist at all; it's more about heavenly and healthful eating. And if medical professionals—not likely—came out with a scientific study proving that humans should eat chicken or sausage or even steak, I probably would.

Though I am amazed by and sometimes buy from Whole Foods Market.

Another feeling and reason why I’ve made the move down the food levels toward non-sentient life is I empathize with conscious animal life. I suppose so, more than many humans.

However, I'm not an animal rights activist, or nearly as concerned with animals as the biologist Richard Dawkins is (on the valuable worth of monkeys), or as much as C.S. Lewis was against animal vivisection. Though in the case of both I do think animals are of worth and that vivisection ought to be stopped.

Also, our insurance provider and our doctor have emphasized that I need to fill up on anti-inflammatory food, medicine, etc.

Now where’s that salmon I want to smoke with the nonalcoholic mixed drink of Mountain Dew/Strawberry-Lemonade and wedge-fries from BJ’s?

I’m not in the least famished by what I choose not to eat, but am now fin-ished;-).

Posted by Daniel Wilcox at 1:36 PM

It is interesting to consider motivations behind decisions such as this. If I am asked about why I am a vegan, I can give many reasons from preserving my health to preserving the planet. At the beginning, and still at the heart, of my decision was the fact that when I look into an animal's eyes, I feel a connection. So whatever my other intellectual or ethical reasons are to support my decision, the decision itself was emotional. I'm okay with that.

Yeah, that's what I was getting at too. I'll never forget my first kill with my rifle. I was so excited at 12, "game hunter" and all, but when I saw the bloody result and stared in the dead eyes, I lost any joy of the hunt, probably forever.