Giving equal weight to every verse in the Bible drowns us all. Treating the Bible like a flat legal book leads to death for others and for oneself.

Doing so is to become like the condemned man cast overboard with heavy weights on his ankles, destined to asphyxiate in the depths of the raging sea. A raging sea which has created despair and intolerance and killed millions in human history. Christians wielding the sword and the whip and the torture chamber. 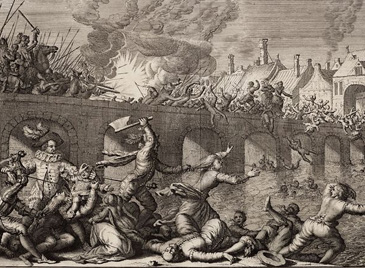 
For instance, which of these verses is true?

Psalms 137:9 “How blessed will be the one who grabs your babies and smashes them on a rock!”
VERSUS
Matthew 19:14 But Jesus said, "Let the little children come to me and do not try to stop them, for the kingdom of heaven belongs to such as these."

Current Christian leaders often base their despairing/twisted/aberrant theology on relatively obscure/minor verses in the Hebrew Bible and a few confusing verses in the New Testament.

The writer of 2nd Peter could have been referring to such baffling verses when he wrote,
“There are some things in them that are hard to understand, which the ignorant and unstable twist…”
2 Peter 3:16b

The leaders then proceed to misinterpret key biblical verses like John 3:16 because the latter contradict their own version of Christianity.

Then even worse, the Christians leaders claim that all human infants at conception and birth are "sinful," "in essence, evil," and "totally depraved."

“We need to read the Bible over the whole of its range, and exercise judgment and discrimination to discover what teachings are sublated, and why...the Bible resolves none of our perplexities...What it does is to challenge our thinking about these matters, leading us to see matters from different perspectives, and to explore them ourselves.

This generates an important insight into the nature of Biblical revelation.
The Bible gives no systematic doctrine...
What then does the Bible DO?”

“[The Bible] upsets our preconceived ideas, puts in question our over-neat systems of doctrine, presents paradoxes and conflicting viewpoints (compare the stark pessimism of Ecclesiastes with the easy optimism of some of the Psalms).”

“But above all, it turns our mind to God, in reverence and praise rather than in comprehension and explanation. What it reveals is mystery beyond human comprehension…”

“[The Bible] is more like a great work of art, opening the human mind to transcendence, than like a textbook…”

Dr. Keith Ward, philosophy professor, retired Regius Professor of Divinity, Oxford U.,
From his book, What the Bible Really Teaches
Also has written many other books of philosophy, ethics, and the relationship
between spirituality, transcendence, theism, and science including God: A Guide for the Perplexed.

When we read the Bible, if understood through loving concern
like Jesus displayed/lived/taught, we have the opportunity to ask the BIG Questions,

To step 'beyond' our brief selves...

To step outside our limited finite ego, our twisted culture and society,
and encounter the Divine.

BUT tragically, we can also, if wrongly understanding
the words of Scripture,
meet the ethically demonic--

like the 19th century U.S. Civil War, where millions
of Christians persecuted, slaughtered, and destroyed
in the name of Christ and God,
etc.. 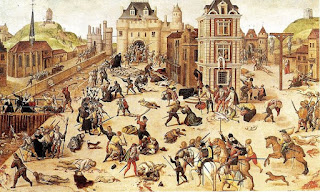 Millions of Christians have done so, descending into twisted thinking and horrific actions--persecutions, attacks, and crusades.

Much of Christian history is a deathful bloody sea because Christians wrongly interpreted Scripture!


Instead, seek the Good, the True, and the Loving. 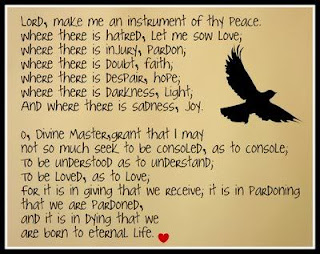 The key as stated is to be fully familiar with the whole bible and to take every verse to prayer before us8ng it as a source of authority. Interpretations must be viewed in the context of God's love for us individually and we must also understand that many of the things God shows us are wrong are things to pray for and not outwardly condemn if it can't be done in love from within a proven loving relationship.

Thanks for stopping by and sharing your perspective.

Your statement "Interpretations must be viewed in the context of God's love" aces biblical interpretation.

Yes, everything needs to be looked at from the perspective of the Incarnation.