Today, let’s take a break from all the spiritual reflection, historical commentary, and theological analysis, and instead tell a few jokes.

But I can’t until the Spirit moves me;-) Besides we haven’t formed at least 7 committees to discuss it. Then give us a ‘minute’ to write it all out and pass it on? Whatever happened to “Be still and know”?)

Yes, I do have my corny side. In junior high, joking was my first name. You see, I’m from Nebraska—“Shucks, yah, I’m a cornhusker from way back. Lots of corn…

‘Herd about’ the Quaker cowgirl, Patty, who got caught and surrounded in a stampede?

Or what about that young Quaker girl who didn’t want to move from Philadelphia to Erie, Pennsylvania on Halloween.

She started crying and blubbering, “But, Dad, it will be too eerie!” 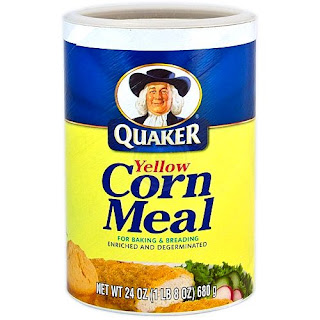 Consider the case of the Quaker student about to take a test on William Penn. He turned around in his desk and asked the girl behind him, “Got a ‘pencil, Vania’?”
--

This is a long one like so many teachers' lectures;-):

Or how about the 2 college freshmen? Their professor was lecturing, “When William Penn founded a colony in America, he chose the name Sylvania (forest or woods in Latin). But King Charles II chose otherwise and named it Pennsylvania for William’s father.”

“Even though Penn was of British aristocratic heritage, his conversion to faith in Christ, led him to seek to live a humble, altruistic life. Because of his honesty and respect toward the Indians, there was peace in Pennsylvania between the Indians and European immigrants for about 50 years!”

“But then came the next generation of Quakers. They didn’t live in the Light of God, but instead focused on themselves and cheated the Indians of much land. Then they worried about the various tribes attacking.”

Finally, the professor asked the class, “Do you see how the colony changed for the worse when the colonists turned from the Way of God?”

“Yes,” piped up a freshman, the later Quakers were “pensive-vain--

Yah” butted in another student.
--

Did you hear the one about the Quaker who raised ducks but didn’t like how they kept saying “Quack, quack.”

So he gave them crackers each time he got them to stop saying “quack, quack.” But then they started padding about his yard squawking, “Quacker, Quacker!”

Finally, he switched to feeding them with oats but wouldn't you know it, they squawked, “‘Quacker’ Oats!”
--

There is an old Quaker joke about a stranger who came into a Quaker meeting. Nothing was happening, so the man leaned over and asked one of the Friends, "When is the service going to start?"

The Friend whispered back, "The service will start outside after the end of worship."
--

What are the only 2 musical instruments that Quakers disapprove of? ‘Sax and violins.’
--

Heard about the Friendly little kitty who came into meeting, but got stepped on, and screeched, “Me-Owie”?

"Shhh," said the clerk. "This isn't a Pentecostal meeting!"

There was this elderly Quaker man who had constipation troubles. When he took his young pup out for a walk in the neighborhood, the puppy suddenly squatted, then turned and looked and barked, “Bow-el, wow!”


Lastly, there’s the Quaker store manager who refused to sell liquor, at least he said, not until he was in the “Spirits.”

Instead, he sold tea—and sold so much of that he loved totaling up his earnings!

Because you see, he was a ‘tea-totaler.’