"We live in a world in which we are asked to make a moral choice
between one kind of terrorism and another. 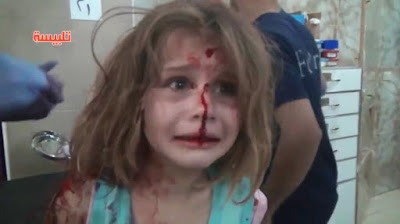 The government, the press, the politicians, are trying to convince
us that [the U.S. support and funding
of Muslim killers in Syria, etc.], our "terrorism is morally
superior to [President Assad's] terrorism."

"Of course, we don't call our actions that, but...congratulating
[our]selves that the world's most heavily-armed nation [the U.S.]
can bomb with impunity..."

"Modern technology has outdistanced the Bible. "An eye for an eye" has become
a hundred eyes for an eye, [by the U.S. government, with over 400,000 slaugtered
by our side and Assad's side]
which tried to wrap their moral nakedness in the American flag." 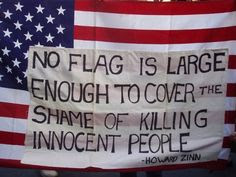 "There is no flag large enough to cover the shame of killing..."

"...terrorism...is a very old weapon of fanatics, whether they operate
from secret underground headquarters,
or from ornate offices in the capitols of the superpowers."
Howard Zinn
from http://www.thirdworldtraveler.com/Zinn/Tripoli_ZR.html


How great is the darkness of the U.S., Saudi Arabia, Russia, Iran, Syria, Turkey, etc.

Please, for Aleppo's civilians, turn to the Light,