Most Christian leaders now claim I and many others were never
Christians, never lovers of God,
that our deepest most meaningful experiences and beliefs were false heresies:-(

According to them, we were conceived in sinfulness
and long before our births foreordained to eternal damnation
along with billions of other "worthless" evil humans:-(

It's very weird--and despairing--that even some U.S. Quaker meetings
are promoting such negative religious leaders!

Back in the 1950's, we grew in a very different sort of religion,
one with a wonderful story, 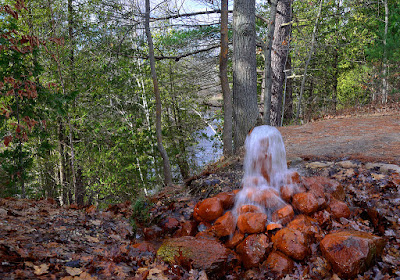 one where every newly conceived infant was precious and innocent,

one where every human was of inherent worth and value,

one which encouraged us to work for equality, justice, human rights and well-being.

We were convinced that Ultimate Reality
cared about every single human who had ever been born and would ever be born.

My favorite heroes were those compassionate leaders who gave up comfortable lives
and went to harsh places to help the impoverished, the suffering,
and even those who chose and committed unjust, immoral actions.

There was hope for everybody, for every single human being!

When these generous, hopeful leaders spoke at free will Baptist gatherings and conferences, I asked for their autographs and kept them in a special box, like the autographs of sports heroes.

When I discovered the moral truth of the Sermon on the Mount,
that of peacemaking and nonviolence,
one such inspiring leader gave me encouragement to stand up against all those--
almost all the Americans I knew (including our Christian club leader)--who were telling me to go and kill Vietnamese.

I will always be grateful for his witness against the slaughter of war, even if his religion was an illusion.

And I will always be thankful for the witness of Friends in meeting, one of whom
sang of communion, compassion, and inclusion, when I and others were experiencing so much despairing theology.

Here's a short poem in which I tried to distill one very meaningful,
and deeply blessed experience of my hopeful youth.

A transcendent experience, one of ecstatic joy
and the commitment to work for ethical change
and deep idealism--
--

I can’t carry a basic tune
Anymore than a bat can sing Hebrew
Or envision hieroglyphics, 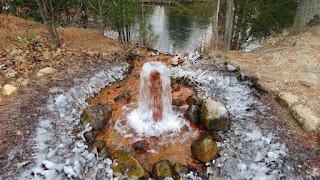 But once I welled up bursting forth
Beyond all melodious barriers
Of sensuous fountaining,

Songing the voice of all singing.
Hosanna to the Highest and Deepest,
All-embracing universal cosmic Ultimate

Usually, I vocalize low
And hesitantly with insecure effort
But on that humid, many peopled

Saturday evened night in the crowded hall
In the midst of a thousand voiced praise
I not only caroled the Keys but was mused,

Songing the voice of all singing,
Hosanna to the Highest and Deepest
All-embracing universal cosmic Ultimate

We human instruments, fluting beautifully
One glorious open canticled Magnificat
With so much climatic passion;

Me, a human oboe in a great orchestra of tone
Being Bached and Beethovened,
To the alleluiaed heights,

Songing the voice of all singing,
Hosanna to the Highest and Deepest
All-embracing universal cosmic Ultimate.

Lava-hot harmonied, a chorale of joyous, exultant
Joy, the Transcendent's artesian well bursting forth,
Geysering up in ecstatic adulation,

Welling skyward beyond all measuring
Bursting beyond all selves
To God, our lover, all communioned,

Songing the voice of all singing,
Hosanna to the Highest and Deepest
All-embracing universal cosmic Ultimate.

First pub. in
The Clockwise Cat in
different form and in
selah river poetry collection
--
Posted by Daniel Wilcox at 8:16 PM