See below past the brief intro. for the guest post: "A Man with No Past" by Fernando Alcantar

Brief intro:
There are so many Christians and other theists who have recently come out as same sexual. Has this always been true--that many spiritually concerned and focused people have hidden their same sexuality? 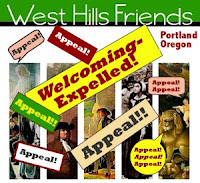 Even the huge United Methodist Denomination may split over the ethical issue. Other major denominations have in the recent past.
Etc.

So much division and misunderstanding and sorrow!

But the worst tragedy of the current controversy is that, too often, the very real individuals who are at the center of the controversy get left in the wreck:-(

Think of the loving couples who only wanted to get marriage licenses in Kentucky, but the clerk Kim Davis wouldn't let them.

Remember when Marsha Stevens of the music group Children of the Day announced that she was a lesbian and thankful for being same sexual. What a storm of trouble.

And remember when it came to the news that Lonnie Frisbee, the famous Calvary Chapel assistant minister, was same sexual.

I wonder what all of this controversy says about theism, about Quakerism, about the Christian religion, human nature, human psychology, life, and reality.

Do you have any thoughts about this huge topic? 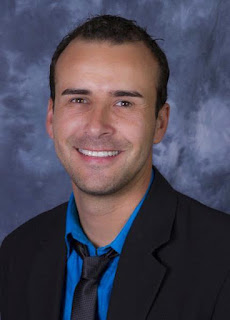 A Man with No Past by Fernando Alcantar

"Fernando Alcántar was born and raised in Mexico and immigrated to the United States as a teenager. He has a Bachelor’s Degree in Psychology and a Master’s Degree in Organizational Leadership from Azusa Pacific University, one of the top Christian Universities in the nation.

He is an author, activist...He worked at APU's Mexico Outreach for eight years as Senior Coordinator of North American Partnerships. There, he oversaw hundreds of churches in Mexico and helped mobilize over 9,000 missionaries a year from all over the United States and Canada.

He innovated dozens of new ministries and developed unprecedented partnerships with government officials, nonprofits, schools, businesses, and churches. He has spoken in front of thousands sharing his faith and motivating people into Christian ministry, and traveled around the world serving marginalized communities."
-- 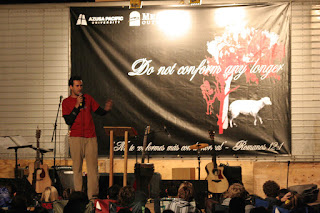 "I am a man with no past. And you are probably one too.

When I was born, my family put the seal of Catholicism on me and taught me that since I was Mexican, I was Catholic just as much.

The rest is a story I’ve shared on the book To the Cross and Back: An Immigrant’s Journey from Faith to Reason. A story of how as a teenager I converted to Protestant Christianity trying to escape loneliness and seeking healing from childhood trauma.

I then became a state leader for the Foursquare denomination in Baja California...a globetrotting missionary for Azusa Pacific University—one of the largest evangelical colleges in the nation.

And then became head of youth and young adult ministries for the almost 400 churches in the Southern California-Hawaii region of the United Methodist Church.

For about 30 years I obeyed the rules of the Bible as best as I could, including hiding the darkest secret—even from myself—the fact that I am gay. For at least a decade I fought a depression anchored in a never-ending doubt. What happens if I lose faith?"

Read the rest of Alcantar's powerful, sorrowful article at http://fernandoalcantar.com/man-no-past/

What are your thoughts on Alcantar's crisis?

What are your thought on this whole issue?