FROM AMNESTY INTERNATIONAL:
"An Israeli military court sentenced Palestinian human rights defender Munther Amira on 12 March 2018 to six months in prison, five years of probation and a fine. He was convicted on charges relating to his peaceful participation in protests. 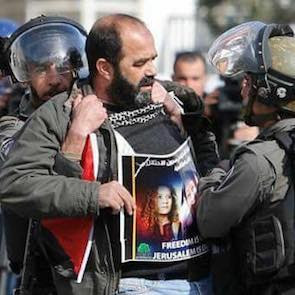 "Munther Amira is currently being held in Hadarim prison in central Israel.
He was arrested by Israeli soldiers on 27 December 2017 while peacefully participating in a protest.
Munther Amira was originally charged with 13 offences relating to his participation in five separate demonstrations. He was convicted on four counts of “disturbing public order” and participating in a “march without a licence” in relation to four demonstrations that took place in November and December 2017."

Munther Amira is "...the coordinator of the Popular Struggle Coordination Committee (PSCC). PSCC describes itself as a community-based resistance movement that believes in the power of popular struggle, through various forms, such as strikes, peaceful protests and legal campaigns. The group also provides legal aid, communication and advocacy support to activists and seeks to encourage the emergence of new committees and initiatives in the Occupied Palestinian Territories (OPT)." 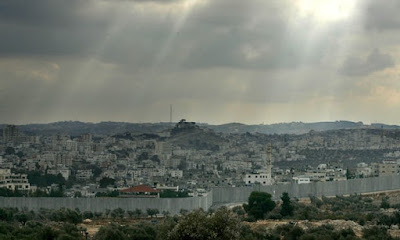 A section of Israel’s separation barrier next to the Aida refugee camp, where Munther Amira lives and works. Photograph: Kevin Frayer/AP

"Munther Amira is a Palestinian refugee from the village of Deir Aban, located south of Jerusalem. He is a resident of Aida Refugee Camp, near Bethlehem, where he works as a social worker and director of the Aida Youth Community Center...provides support to Palestinian farmers affected by Israeli settlements through his campaigning and advocacy efforts and promotes locally produced Palestinian products.

Amira is committed to a platform of non-violence in his popular struggle and regularly organizes peaceful protests against Israeli actions in the city of Bethlehem."

Immediately and unconditionally release Munther Amira as he is a prisoner of conscience and is imprisoned solely for exercising his human rights to freedom of expression and to peaceful assembly;
Ensure his conviction is quashed;
Rescind Military Order 101 and fully respect the right of Palestinians in the occupied West Bank to freedom of expression and peaceful assembly.
Contact these two officials by 30 April, 2018: 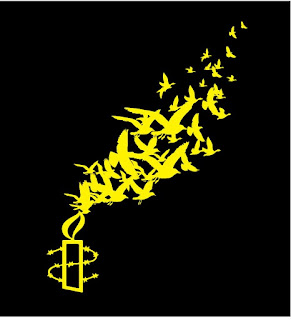 Stand up for Human Rights,