Given that so many millions of Americans (both heterosexual and same sexual individuals and the Supreme Court), worked diligently for and came together in a vast movement to finally bring the good legalization of marriage for gay individuals, it is puzzling, disturbing, disheartening, and contradictory that now
so many Americans are rejecting monogamy and fidelity,
rejecting marriage,
and, instead promoting,
defending,
and living in promiscuity. 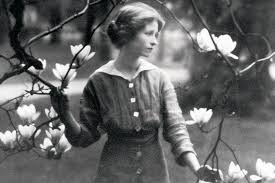 Edna St. Vincent Millay, (a wondrous poet who could write about ideals powerfully
but who's private life was tragic, superficial and uncommitted like Earnest Hemingway, Diego Rivera,
and many other famous humans. The great Mexican muralist Rivera stated that sex is like pissing.)


True, billions of humans for many thousands of years have engaged in promiscuous behavior of various sorts, BUT in recent times, many humans have seen fidelity and monogamy as the ideal, what all people ought to seek.

Committed monogamy for many people replaced those unequal, unjust ways of history.

Now many are celebrating promiscuity as a way of life, having multiple partners, talking about sex workers' "rights," even justifying one form of polygamy.


First pub. in The Cerebral Catalyst,
then repub. in Dead Snakes


This is a tragic reversal back to the unethical historic past when most humans rejected fidelity, and only a few humans actually lived in equal romantic monogamous relationships.

Which brings to mind the famous poem on romantic sexual love by Edna St. Vincent Millay: 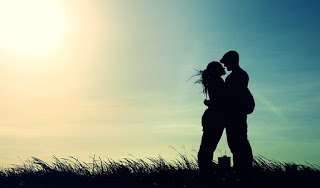 We were very tired, we were very merry—
We had gone back and forth all night on the ferry.
It was bare and bright, and smelled like a stable—
But we looked into a fire, we leaned across a table,
We lay on a hill-top underneath the moon;
And the whistles kept blowing, and the dawn came soon.

We were very tired, we were very merry—
We had gone back and forth all night on the ferry;
And you ate an apple, and I ate a pear,
From a dozen of each we had bought somewhere;
And the sky went wan, and the wind came cold,
And the sun rose dripping, a bucketful of gold.

We were very tired, we were very merry,
We had gone back and forth all night on the ferry.
We hailed, “Good morrow, mother!” to a shawl-covered head,
And bought a morning paper, which neither of us read;
And she wept, “God bless you!” for the apples and pears,
And we gave her all our money but our subway fares.

My candle burns at both ends;
It will not last the night;
But ah, my foes, and oh, my friends—
It gives a lovely light!

Tragically, Millay seldom lived those idealistic lines, but instead, (like so many American writers and artists of the early 20th century), engaged in rampant promiscuity.

To Millay (too late), and to all of the individuals and thinkers I've dialogged with, here's my own poetic response to the contradiction between some of Millay's romantic lines versus her rampant sexual infidelity:

Back and forth, ritual rote lust

Millay so trothed to us
In Recuerdo love’s truth
Only to show and live in her life
Lust’s crusty lie, lying with every
Tom, harry, and dick
And not so merry’s too.

She burned her lifeline at both ends
A taper betwixt noxious flames
She lay, lay, lay New York,
Lay down on a steeple-top
Under neath her generation’s
Gin-jazzy, faithless moon.

How slow-slug tiring her girlish
Fetish for a boy poet Dillon
Not Thomas nor Bob,
But oh so tight drunk
And so loose
Wide her marriage
Eugenic barrenness aborted;

All so fair-less—her life’s subway,
Money given for less,
No lesson in her dissipation

And that sky dripped, slime
A thicket-full of yellow
And an apple vomit ate
In this garden gone to rot

Who gives a fig for these
Her thistle, Pulitzering
Gemmed Lines
Caught in the snout of a swine'd life


CHOOSE the romantic love of Recuerdo, not its opposite, Losing.

For in the midst of many seeking to marry, to find one other person to commit to in romantic love and caring and fidelity,
there are so many millions of others who brag about,
promote, and live in
infidelity.