In attempting to formulate and promote an evolutionary life stance, a metastory, thinker Micahel Dowd speaks of "deep time eyes."

“Religion has been failing in its most fundamental ask, which is helping us to live in right relationship with primary reality.”
“...I’m an evolutionary theologian...viewing through deep time...”
“I agree with John Michael Greer that there’s two major mythologies that most people are stuck in...the myth of perpetual progress...the other is the myth of the apocalypse...we don’t need to get involved, because the whole thing is going to hell in a hand basket anyway. The truth of the matter is we’re in an evolutionary process...”
We currently have a democracy; a democracy is a conspiracy against the natural world.”
FROM https://batgap.com/michael-dowd-transcript/ 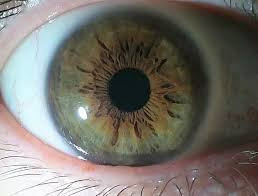 Not true. We human primates are part of the natural world, are part of natural selection and its ruthless slow juggernaut.
Here's a powerful case of a thinker who has insight into the nature of metastories, but whose own metastory has severe problems.

All humans live by metastories. However the most difficult task in existence is figuring out which one (or more) is the True MetaStory, the account that is closest to what is real, to what is good, to what is just.

So, yes, we do need "deep-time eyes." But first we need to eliminate illusions, delusions, errors in judgment, reductionism, the human tendency to jump for simplistic answers when we as a species are only just getting started, having only existed as homo sapiens for about 300,000 to 500,000 years.

Most of that deep time was taken up with basic survival. Not until approximately around the era beginning in 600 BCE with the pre-Socratic philosophers, Plato, Socrates, the Buddha, Zoroaster, Isaiah and the writer of Job, etc. do we find human thinkers searching out the nature of reality, seeking to deeply understand what is moral and immoral, just and unjust, to explain what the Good is.