THE WAYS of a Philosophical Journeyer and Mariner...tacking into the Storm of Life

Many thousands of speeches have passed through my ears and countless millions of pages of writing into my eyes to be mentally swallowed, digested, and then later chewed like the proverbial cud of a skinny cow;-).

True some of all this ingestion, I couldn’t stomach, and spit out rapidly. Sometimes even metaphorically vomited. Other learning was so boring I forgot it before I heard it. But some writing/ideas/themes/worldviews/life-stances stuck inside me like the words of the speaker of Ecclesiastes spoke of over 2,500 years ago, that wisdom is like spikes hammered deep into one’s psyche, truths so powerful they keep inundating one’s mind.

One such speech* I heard online several years ago concerned how we humans hold to what we think is true, what levels describe our way of living. In the brilliant talk the speaker described the various levels of perception from the superficial to those inner bone deep commitments and convictions, to the deepest heart of convincement. 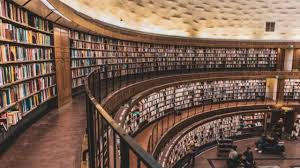 Here’s my own very different adaption of this:

Notions: I am very “low-church” when it comes to traditions. I get next to nothing out of ritual, liturgy, repetition, tradition, hierarchies, etc. IF it had been my choice, I would have gotten married on the beach or in the mountains with a few brief words of romantic love and a few attenders and would have skipped months of planning and a formal service. I was one of the early “Jesus people.” I find nothing meaningful in formal church services, following liturgies, religious holy days, orders of service, etc. Instead, I like creative Christian rock music, lots of unexpected action, change, dramatic sermons with visual illustrations, churches that meet in shopping malls, not in old traditional buildings, etc.

But all of these preferences are just notions, personal likes, enjoyments. I could easily leave them behind if need be. And I realize that multi-millions of other humans find great meaning in traditions, liturgies, and rituals.

Opinions: The liberal Friends-Quakers and some liberal Anabaptists seem the closest to what is true morally and spiritually. But if a moral leader could show me there was another human group or organization that was closer to the Truth, I would change immediately.

Speculations: Based on many years of studying philosophy, theology, religous and secular history, geology, anthropology, biology, cosmology, etc., I agree with some famous scientists and scholars who think that God is Ultimate PROCESS, not Ultimate Substance.

That makes the most sense to my understanding. But it’s all educated speculation. How can any human possibly know or understand the ONE who spangled the Cosmos into becoming before Time? 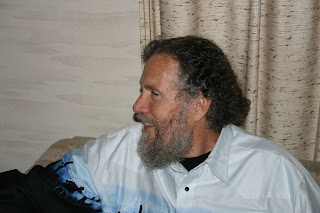 However, I am not a creedal person, am not a Republican or a Democrat, never believed in the Christian Creeds, even though I was a devout Christian for 55 years, serving at times as a Baptist youth minister, elder, Bible teacher, mission worker, etc.

I grew up in a non-creedal denomination: American Baptist. We were concerned primarily with accepting Jesus as our Leader and Deliverer, and then living for him daily, following his moral truths.

However, these are only beliefs, meaning that I hold them moderately.

Beliefs come and they go. As far as I can see, all of them or the vast majority of them have only moderate impact on day to day living.

For instance, I think and trust that Moral Realism is true—

That all humans have the capability to create and to choose among alternatives, to make (LFW) real choices by using their conscious awareness, their reason, their creativeness. That all humans are morally responsible and capable of seeking what is true, good, just, and beautiful.

If these convictions were proven wrong, beyond a shadow of a doubt, I wouldn’t know how to live at all. I suppose I would then say, “Even if Altruism, Mercy, Kindness, Cherishing, Generosity, Patience, Meekness, Humbleness, Honesty, Equality, aren't true, they SHOULD BE, OUGHT TO BE.

That’s how deep this conviction is within me.

SEEKING WHAT IS TRUE, GOOD, JUST, AND BEAUTIFUL is Life’s blood.

*Allusion to the philosophical autobiography of the theist and skeptic Martin Gardner
Posted by Daniel Wilcox at 10:11 AM