WHY I USED TO FLY THE STAR-SPANGLED BANNER, but no longer do so.

Here’s an incredible irony: BLMer’s, Democrats, and others are up in arms demanding the banning of the Confederate battle flag. I’m certainly not a fan of that flag that glorified killing and that represented a nation whose leaders believed in the institution of slavery. 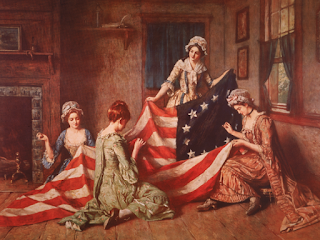 HOWEVER, HERE’S THE IRONY: NONE of these BLMer’s, Democrats, and most Americans plan to ban Old Glory, the U.S. flag even though it flew over the U.S. in defense of slavery, invasive wars, huge land thefts, etc. from 1776 to 1865, a total of 89 years!

Even after 1865, though slavery had become illegal, actual slavery, racism, and legal discrimination continued in many states until the 1960's and 70's!

In 1877, President Hayes made a deal with the racist Redeemers and removed all Federal troops from the South.
The Redeemers brought in Jim Crow, Negro Codes, and Segregation. There were "Sundown" towns in the north. President Woodrow Wilson segregated the U.S. government offices! All of these horrors lasted until the 1970's!

-- Even after the Emancipation Proclamation of Lincoln in 1863, slave owners in the Union were allowed to keep their slaves. The Union slaves weren’t freed until the end of the war in 1865.

Lincoln had meant the E.P. only for slaves not under his control in a separate nation, the Confederacy. So, he freed slaves he couldn’t, and kept slaves that he could have freed in the U.S., enslaved!

And Lincoln was still trying to convince all Negros to move from the U.S. back to Africa or go to Latin America in 1863. Lincoln didn’t think that Blacks could live with Whites because he believed Blacks were inferior. While he opposed slavery, he didn’t think Blacks were equal, nor that they should be allowed to vote or serve on juries, etc.

During the Revolutionary War, and especially the War of 1812 the British offered freedom to American slaves, BUT the Americans, supposedly for freedom and liberty, continued to support slavery!

And in the invasion of Mexico and the annexation of Texas, the U.S. supported slavery, while Mexico had banned slavery.

Over the years, in some cases, Old Glory has stood for freedom and genrosity, but in the last 247-years most of the time it has stood for invasions and the rejection of refugees such as when we rejected escaping Jews from Nazi Germany in the late 1930's!

And now in the last 4 years, we've again supported a harsh rejection of the "huddled" refugees, a denial of the Statue of Liberty. 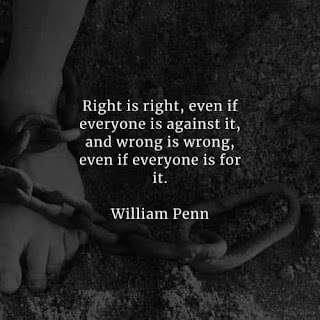 STATUE of LIBERTY on the 4TH of July: "Give me your huddled masses, longing to be free..."


Dan Wilcox
Posted by Daniel Wilcox at 10:31 AM

I fervently shared your stance until the Washington DC rally against torture and suspension of habeas corpus in 2007. The last speaker -- head of Amnesty International -- mounted a searing indictment of the Bush/Cheney administration's betrayal of our founding ideals, ending with a rousing demand, vigorously waving a U.S. flag: We want our flag back! We want our flag back!! ....I thought indignantly -- he is right!! & since then I wave it as symbol of our ideals -- and a demand that we work toward them.

I am glad to discover that you have a blog! Look forward to exploring! Thanks for the thinking!
[Elizabet from Rational Doubt]

Hi Elizabet, Thanks for stopping by, reading one of my reflections, and sharing your own thoughts.

That was a bad time--the Bush-Cheney nightmare, though not near as bad as now.

Do you also have a blog?

On tonight's walk I was thinking I should have put it that the speech left me determined not to relinquish the flag -- to those who desecrate its ideals.
....& having just finished Howard Zinn's memoir "You Can't Be Neutral on a Moving Train," I now add a national ideal new to me -- Zinn says the Declaration's "All men are created equal" does not say "All AMERICANS are created equal" -- our concern is for people worldwide. I never thought of a world-wide scope for the flag & country except for inviting people here.... makes me very happy!!

Taking stock of issues worked through over almost 80 years -- & ongoing : ) [2016] "So how would you write about a walk?" [URL is "Beloved Community" backward : ) ]
https://ytinummocdevoleb.wordpress.com/

sadly the more blog-like blog does a great deal of tail- chasing : )
https://pancompassionistfreethinker.wordpress.com/

Looking forward to reading more! & thanks!!!

Thanks for your urls. I will check them out and respond in detail later. I do notice that besides, Thich Nhat Hanh, we have read some similar writer-thinkers, including Howard Zinn. I've read several of his books, including "You Can't Be Neutral on a Moving Train."

Did you notice that I quote him twice on my blog quotes column? His statement on keeping hope in the midst of-despite tragedy is one quote that has often encouraged me when I have become discouraged by the negativity, nihlism, and anti-moral realism of so many writers and activists of the present.

I was very surprised by Zinn's optimism! and encouraged!! Today we had a cousin Zoom (coast to coast) & I was encouraging us by citing him -- how all the small efforts can gradually build up to a force that suddenly culminates in a big step forward..... tho still far to go. Hopeful!!

Thank you very much for the King link. I love the MLK resources on line! (I too have a number of his books, including Volume I of his papers -- his childhood and student days. I was shocked that in his view of the cross, he cites Abelard! I thought I was the only one who noticed & agreed with much of his view... tho now I see more references, happily.)

About the flag -- I've known of course that historically the US is professedly committed to human rights & the U.N. -- but it's interesting how I just never thought of the flag itself as a world-wide statement or commitment -- not just a beacon of hope, a place people can journey to. A little overwhelming.

Thanks again so much for the thoughts!!!!!
Hope to have more time to read this weekend!!

Hi Elizabeth, Thanks for more sharing. I wonder what has happened to Rational Doubt. It hasn't posted an article for 2 weeeks!
And it never posted my last comment.

And you've probably been notified, I've been reading and leaving short comments on your several blog urls.

I see we have even more leaders that we've both read--Karen Armstrong, Carl Jung, Albert Schweitzer, etc. Some very deep thinkers. They are also my philosophical ancestors:-)