HELP the Police SERVE and PROTECT by funding additional money for every large police department to have a RESOURCE psychologist-social worker to travel with the officers to all domestic violence, drug abuse, etc. calls. 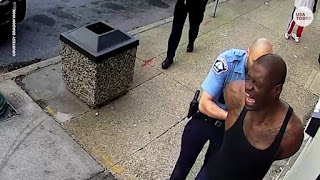 IF one had been with the infamous Derek Chauvin attack during the arrest of the law-breaker George Floyd, probably, Chauvin wouldn’t have gotten away with killing Floyd. Nor would have Floyd resisted arrest when he became paranoid because of the large amount of illegal drugs in his system. The RESOURCE officer could have calmed the dangerous situation.

Then Floyd, who had tried to cheat (by using a fake bill) at a store could have been dealt with in a moderate, calm matter rather than with a fight.

In the LIGHT of Justice, Compassion, Protection,

Posted by Daniel Wilcox at 1:59 PM