Being Friends and Followers of Jesus, the Chosen One

First, consider a discussion of terms, a few opening thoughts, and a beginning reflection on the mystery of human existence.

Some of the ancient idioms, metaphors, symbols, and analogies of the Bible appear strange to the modern mind. 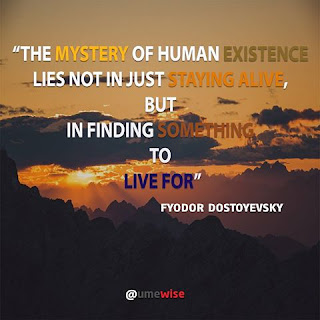 Think how much differently we now view so many issues of life and existence including the very nature of sickness,
the natural world, our evolutionary origins, etc.

Indeed, 2,000 years is a lot of swirled moments of time gone down/up that river of no return.
(I can’t resist a ridiculous analogy: We are like salmon jumping the historical falls;-)

The mystery of homo sapiens, especially why we exist, is at the very heart of philosophy and ethics. 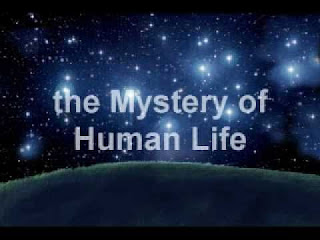 So about biblical terms, especially negative ones such as slave---

It is understandable why some of the NT writers such as Peter described themselves as “slaves” of Jesus the Messiah,
(in Aramaic, Eashoa, the Chosen One).

The analogy of “slave” is to emphasize how devoted one is to the Truth—
totally sold to the Good, not a mere observer or nominal participant.

Some followers of Jesus since, including the Roman Catholic women’s order, Slaves of the Sacred Heart,
have done this—compared themselves to "sold ones"--sold to love, to compassion, to mercy. 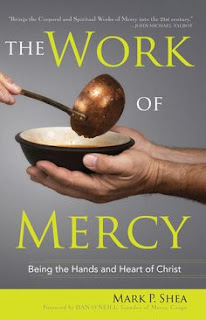 But there is always a danger that metaphoric language will be severely misunderstood, that it will be literalized and idolized.
“Slave” may be a vivid analogy but what a horrid one, since we know slavery is inherently evil,
a terrible destruction even in the most "kindly" of enslavements.

Too often slaves have been used, abused, and then discarded, or killed. See the terrible verses in Exodus 21:20-21 “If a man strikes his male or female slave with a rod and he dies at his hand, he shall be punished. 21 “If, however, he survives a day or two, no vengeance shall be taken; for he is his property." NASB

A human being is "property"? No way!

However slavery at the time of the Hebrew Bible and the New Testament was an accepted and valued institution by nearly all humans—Jews, Greeks, Romans, Pagans, even Christ’s followers, etc.—and had been an accepted institution for thousands of years.

At that period in history, slaves made up a huge number of the population in most, if not all, large cities. Slavery wasn’t known to be evil. The Apostle Paul justifies enslavement, warns Christian slaves to obey their masters like their masters must obey the Master, God.

How horrifically wrong, Paul was!

Even worse, the Apostle Peter gives not only strict orders for slaves to obey their masters, but that they should obey masters who are abusive! “Household slaves, submit with all fear to your masters, not only to the good and gentle but also to the cruel.” I Peter 2:18

As an historian and thinker, I understand what Peter was focusing on, trying to emphasize, but that statement and other ones like it in Scripture and Christian history have caused an obscene level of evil--led to persecution, abuse, and destruction to so many millions of humans through out history.

If in doubt, read a few scholarly tomes about the many Christians who owned slaves in the past. Consider that R. L. Dabney the famous Calvinist theologian, who many admire at present, wrote a book AFTER the American Civil War that still defended slavery as a Christ-like institution,
based on the pro-slavery passages in the New Testament!

After 2,000 years of horrendous enslavement, and our historically recent discovery of how inherently evil slavery is, it surely is clear that we followers of the Jewish son of man shouldn’t use such a negative metaphor.

For God has condemned slavery from Eternity.

No, slavery shouldn't even any longer be used as a metaphor. It's too ethically confusing.

In contrast, consider the word “friend.” It is a very powerful positive term, one that all humans can relate to and understand. Probably, that is one reason, besides the theological and experiential ones, why George Fox and the early Quakers referred to themselves as Friends of God.

According to the author of the book of John in the NT, Jesus said “friend” best describes how he feels toward us.
"No longer do I call you slaves, for the slave does not know what his master is doing;
but I have called you friends, for all things that I have heard from My Father I have made known to you.
John 15:15 NASB