Almost 2,000 years have passed since Jesus, the Son of Man, said, “You therefore must be perfect, as your heavenly Father is perfect.” Matthew 5:48

What a wonderful ethical command, (though so seemingly impossible to live). 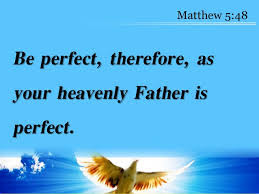 But since Jesus told us to become perfect, tragically, the opposite has happened! Down through history, many Christian leaders have so perverted and twisted what Jesus said and how he lived.

They act contrary to Jesus' words of compassion, mercy, and peacemaking, often even claim God calls them to slaughter, enslave, persecute, torture, lie and steal!

From the Crusades, through the wars of religion of the 16th century, to the “Christian” 30 Years War, and downward to this present day, Christians continue to go forth to war in Jesus' name.

In response to many Muslims claiming Allah is on their side, many American soldiers are claiming the Christian God is on our side; some Americans even use weapons engraved with Bible verses to kill Muslims in Afghanistan.

Is this praying or preying?!

Where is this so-called arc of the moral universe?! Where is the realm of God that Jesus promised?

Even if we manage to close out the human world’s dark night of destructive action, there’s always the suffering of natural evil everywhere and endless through the centuries--famine, natural disaster, and disease.

Thousands of little children die daily right now for want of nourishment and vaccination. These innocent children could easily be saved with only a tiny portion of the billion-dollar'd weapons budget of the United States alone!

Where is the arc of the moral universe?

Evil hasn't been defeated quickly. Its horrendous dominance has lasted for many thousands of years.

The great quote comes originally from a speech by the Christian leader Theodore Parker in the mid 19th century:

“I do not pretend to understand the moral universe, the arc is a long one, my eye reaches but little ways. I cannot calculate the curve and complete the figure by the experience of sight; I can divine it by conscience.”
Theodore Parker, 1853, “Of Justice and the Conscience”

Parker wrote this during the tragic time leading up to the horrific slaughter of the American War Between the States, where nearly a million humans died, and millions more suffered for a generation!

The arc of the moral universe is very LONG…

Tragically, the situation of most people, especially Negroes, was often worse after the American war than before!*
Think about that.

True, “legal slavery,” had ended, but the actual living conditions for most Negroes after the war grew worse during Reconstruction and on into the new century. Discrimination, oppression, persecution, even lynchings occurred regularly.

On the outskirts of Hawthorne, California in 1930s stood a sign:
"Nigger, Don't Let The Sun Set On YOU In Hawthorne.”

There were hundreds of such racist towns throughout the United States, both north and south.

And this only speaks of the evil of racial prejudice.
Think of all the other evils including the slaughter of over 10 million humans in the Great War, then over 50 million in World War 2, and the Holocaust.

What a great demonic ocean of darkness…

Where is God? Where is the Chosen One?

Where is this improving “moral arc”?

I wrestle with these issues too.

Thanks for stopping by and sharing.

What a great Americana photo. LOL