"Good without God," "Colorful without Color"?

A very popular phrase of late, among many, is "Good without God." It's even the title of a secular humanist book by Greg Epstein.

It would seem based on history that many, probably most, theists think that God is Good. That doesn't mean that they don't contradict themselves. They do that in spades. Because most of them also claim that God creates, foreordains, wills, causes, (etc.) all evil. Just take a look at the Bhagavad Gita, the Hebrew Bible, Quran, and so forth. But, at least, in general belief, most religious humans do think that God is Good in some sort of way or to one degree or another.

In contrast, secularists of various sorts and types claim that God isn't,
but that yet humans can be Good. 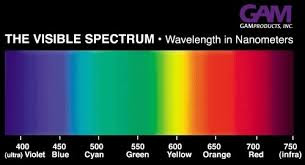 However, doesn't that sound like thinkers asserting that Color doesn't exist,
but that yet humans can be Colorful?

If there is no God, how can there be Good?

And if there is no Color, how can there be Colorful?