What Is the Essential Nature of Reality? Many Leaders Claim to “Know.”


How do so many human leaders "know" the essential nature of reality?

Exactly how and why such human hubris exists among most Christians, Muslims, Hindus, Buddhists, and Atheists is uncertain.

I’m not going to try and unravel that conundrum in one blog post.

Rather I am going to describe the most common alleged claims for us seekers to take a careful look, study, and then make a tentative, educated guess about.
Here goes; hold on to your virtual hats;-): 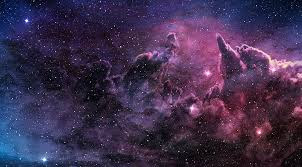 Living in a universe about 27 billion light-years across, and about 13 billion years old and, according to cosmologists, a cosmos that will last more billions of years, that is the huge existence which we humans in cosmic time 'blipped into'. And there is a real possibility that this cosmos is only one of an infinite number in an alleged multiverse--
that is educated speculation by many prominent human thinkers, scientists, and philosophers.

What is "essential or inherent reality"?

My take on this as an average person: I think this view is possible. I guess given cosmic time even the "laws" of nature, math, reason, life, ethics, consciousness could all blip into existence eventually.

#2 All reality came about by a cosmic determinism of meaningless matter and energy which is eternal. Everything is lock step. There are no choices, not even about what to have for lunch or whether or not to commit murder or what to choose for my career.

Indeed, every molecule, everything, every event, every human action was petrified to happen at the moment of the Big Bang. Consciousness, reason, etc. are all illusions. According to the scientist Sam Harris, even our sense of “I” is an illusion. And even if existence happened again a “trillion” times, everything would happen exactly the same.

So the Germans will gas millions in the Holocaust eternally, never able to choose a different action:-(
Despite my studying this determinism at university, and for many years since, and so many times trying to imagine my "I" as an illusion who is only 'done to' by the cosmos, I still think this is one of the least likely views of reality.

But the view is very popular these days--sort of an atheistic version of Calvinism.

#3 All reality came about somehow by a temporary, finite, imperfect, even distorted, expression of the perfect eternal Ideal Forms of Platonism.
But why did this happen? Where did evil come from?

This view seems to posit an eternal matter and energy reality with no meaning 'transcending' it.
Like in #1, life, consciousness, humankind, reason, ethics are all "flukes," "accidents," "lucky" breaks.

#5 All reality came about by an impersonal ultimate reality of cosmic beauty. Scientists such as Albert Einstein stated this was his view, that he thought the cosmos was meaningful, but impersonal. This view seems similar to a combination of #3 and #4.

However, unlike #2 and #4, the emergent-possibility cosmos isn't meaningless and purposeless, but is filled with intellectual meaning.
Interesting, but I doubt it.

#6 All reality is coming about by the everlasting but limited cosmic reality that is becoming. This is the view of thinkers including philosopher and mathematician Alfred Lord Whitehead, process philosopher Charles Hartshorne, etc.

This cosmic but limited God who is far beyond human understanding works toward changing matter and energy and conscious life such as homo sapiens into increasing patterns and forms of beauty, meaning, and purpose. This is also the view of some Reform Jews.

But where is the evidence for this?

This view is appealing, but most of the technical philosophical explanations are BEYOND me. I'm still trying to understand the science tome, The Elegant Universe by the cosmologist Brian Greene.

I'm a relatively average literature teacher (who got born with a "why" in his throat;-)

#7 All reality came about as just one of an infinite number of universes of an infinite multi-verse, the view of some modern cosmologists. What is the ultimate of the multi-verse is unknown or maybe the multiverse itself is ultimate. And, besides, while finite humans can seek to understand, the actual nature of reality is probably forever beyond finite mental abilities.

#8 All reality came about by the impersonal Brahma God of Hinduism and modern New Age
(such as Ken Wilber with his Integral Theory, and Deepak Chopra, etc. ).

The impersonal God Brahma is conducting a cosmic dance in which IT forgets its self and dreams into billions of separated forms including in one minor edge of the universes, illusionary thinking humans.

Not significantly different from Christian, Muslim, and Atheist determinists who use very different terms but come to, basically, the same results.

Given that I am a human rights worker, ethicist, and educator from way back, for about 55 years, obviously this isn't my cup of philosophical tea.

Also, I still vividly remember as a Gandhi devotee in the 60’s being shocked when a Hindu priest in L.A. tried to persuade me to go to Vietnam to kill (when I was drafted), saying insects are killed all the time in reality.:-( Or as I learned later that Gandhi claimed, that all humans are “playthings” of the gods.

#9 All reality came about by unknowable factors. Everything beyond and before the Big Bang is such a complete unfathomable mystery that it will probably not ever be solved by finite humans at least not for a very long time.

Allegedly, this is the view of the Mysterians such as the modern skeptic Martin Gardner and Roger Penrose, the English physicist, mathematician, and philosopher, etc.

And furthermore realize, as I already said, that maybe we finite humans don't have enough knowledge to even decide this question.
But we need to operate from some worldview, engage in life as it happens, hold to some form of ethics.
So.