That is my adaption of American writer Dorothy Parker's incisive punning aphorism against religionists who seek to revitalize their ancient beliefs by revising their old dogmas and then claiming the dogmas to be current with modern knowledge and achievements. 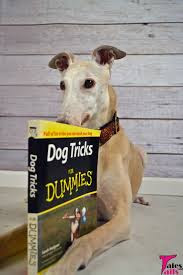 Whether tricks or traits, the satirical insight does seem to be true. (Side Note: I think my adaption more accurately reflects the nature of her point, and is less caustic in its view of religion).

Either way, consider the way that many conservative Christians and Muslims attempt to show that their scriptures--especially the Old Testament and the Quran--are accurate when it comes the beginning of the universe and other modern scientific discoveries. Or the religious leaders, instead, use other modern knowledge to claim that modern scientists are misled, (or deceiving), about the true nature of the cosmos and life.

But which ever, many Christian and Muslim scholars read into their scriptures modern concepts and views that actually don't exist in the ancient texts. They are guilty of unscholarly eisegesis, when what they ought to be doing is describing their scriptural texts as they actually were, exegesis.

As clearly obvious in her caustic comments, Parker had a very negative view of religion, especially the Roman Catholic faith, though she did attend a RC elementary school at Convent if the Blessed Sacrament. According to Wikipedia, she "once joked that she was asked to leave following her characterization of the Immaculate Conception as "spontaneous combustion."

Evidently her father, though Jewish, sent her to the elementary school because he thought it would give her a better education than public school.

Though negative toward religious doctrines, Parker was a strong supporter of human rights and the Civil Rights Movement. In her will, she gave all of her estate to Martin Luther king Jr.
--

"The world breaks everyone, and afterward, some are wrong because of the broken places."

The actual famous quote is from Earnest Hemingway:
"The world breaks everyone, and afterward, some are strong at the broken places."

The irony of Hemingway's aphorism is that he himself wasn't strong after bad times, but often instead did much harm to others. And that he drank so heavily that it was a major factor in his serious ill health in his late 50's. He often drank a bottle before breakfast and drank 17 drinks once at the Cuban bar, El Floridita!
--

Related to that is another aphorism:
"I've taken way more out of alcohol than its taken out of others," the infamous self-deception of heavy drinkers.

Adapted from:
"I've taken way more out of alcohol than its taken out of me."
-Winston Churchill
--

"In war time, political lying is so specious, that it needs to be attended by a bodyguard of truth."

The actual quote by Churchill is horrifically dangerous, as shown by many historical wars of the past.
"In wartime, truth is so precious that she should always be attended by a bodyguard of lies."
-Winston Churchill

And, of course, don't forget all of the red ball-caps on Americans at present which state, "Make America Hate, Again."
--


Please, lighten the load of b.s. (bad snark;-) that all of us seem to be getting buried under by the current U.S. Evangelical-Christian-Political Debacle.
And the diametrically opposite nonreligious-political debacle.

We need to defangle it all. 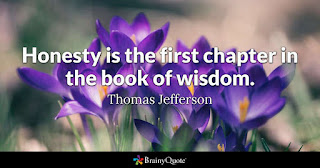