(Hebrew name for first book of Jewish Bible) In the Beginning

1:1 --In beginning, Elohim created/creating, the heavens and the earth

A number of questions can be asked about this short sentence, and the next several. There are disagreements among Hebrew scholars, too, on a number of issues. 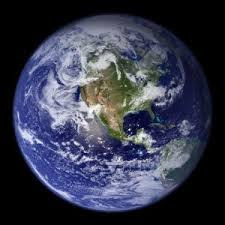 #2 Why is God called Elohim (which means God,‘in a generic sense’ in Hebrew because the word is also used for other gods than that of the Hebrews, and even refers to messengers and rulers, too)
rather than YHWH as in In the Beginning , chapter 2?

#3 Why was the earth “unformed and void” in the beginning?
Why would God create it in what seems to be a negative state of being?
And were the heavens also "unformed and void"?

#4 Why was there “darkness on the face of the deep”?

#5 Why did the spirit of God hover “over the face of the waters”, the “face of the deep”?

#6 What was the light that God said, “Let there be…” since the earth’s sun wasn't created until the 4th day?

#8 What does it mean to say that “God divided the light from the darkness”?

#10 Why did God call the light Day, and the darkness Night since there wouldn’t be turnings of the earth to meet the sun until the 4th day?

#11 Likewise, what does it mean when it says, “there was evening and there was morning, one day”?

#12 Why do modern translators use words such as Genesis instead of translating the Hebrew word-for-word?

I actually prefer the Hebrew literal translations of the first 5 books instead of the traditional English names:

Posted by Daniel Wilcox at 1:28 PM