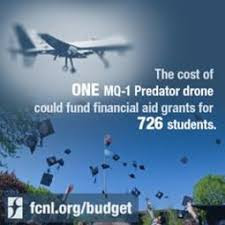 "FCNL is a non-partisan Quaker lobbying organization with a 75-year history of advocacy for peace, civil rights, and justice for all people."

From the FCNL newsletter, December 2018:
"Can you imagine what would happen if our government stopped prioritizing war and instead focused on meeting human needs, pursuing peace, and protecting the environment?

"What if Congress made "love thy neighbor (no exceptions)" a priority in creating policies? 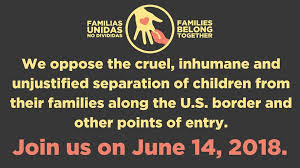 "We need to focus--not just on what is going wrong but on how to make things right." 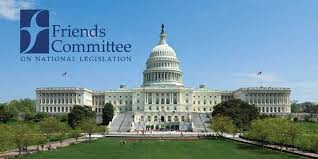 Critical Issues:
"A world free of unclear weapons and the threat of nuclear war."

"Violent conflict that is driving the tens of millions of refugees worldwide from Syria to South Sudan, Central America, Burma, and beyond...we're working with both parties on the Global Fragility and Violence Reduction act and the Elie Wiesel Genocide and Atrocities Prevention Act, which has already passed the House."

"...stand with Dreamers and support the restoration of DACA (Deferred Action for Childhood Arrival)."

"A federal budget that reflects human needs, not excessive military spending. The federal budget is a moral document, but for far too long our country has invested in an enormous military...instead invest in programs that advance peace, justice, and an earth restored."

"Ending U.S. support of the Saudi-led war in Yemen, which has become the world's largest humanitarian crisis."
from Diane Randall, Executive Secretary of FCNL

For more information go to https://www.fcnl.org/ 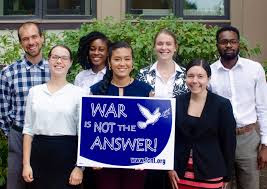