Are Humans what they deeply feel they are or what the facts of biology show?

HELP me out here, IF you are interested in controversial topics.

For a number of years, I have studied a particular controversy--that is HUGE these days.

ARE HUMANS WHAT THEY DEEPLY FEEL OR WHAT BIOLOGICAL FACTS SHOW? 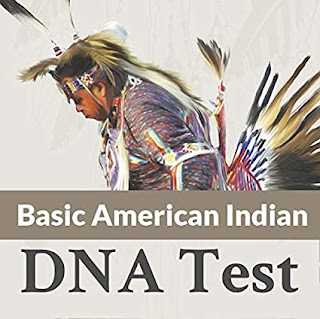 Let's say that I deeply feel I am Native American, Navajo, even though my DNA test shows that I am not.
CAN IT STILL BE TRUE THAT I AM INDIGENOUS?

I have read both totally opposite sides of the controversy, and some in the middle, etc. Studied what medical doctors and biologists have to say about the facts, etc.

And I am frustrated that both opposite extremes--like so much of politics--exaggerates, distorts, lacks empathy, and misuses language (George Orwell's 1984 and Animal Farm) changing the common definition of words into their opposite meanings.

I will try and be silent, and will LISTEN to what you think and have to say on this topic if you are willing to jump off the cliff with your hang-glider;-)
I am going to use the real situation of ancestry so as to avoid censorship issues.

TRUE STORY of MY YOUTH: For most of my teen years, for many reasons, I very deeply wanted to be a Native American. I suppose this fascination, almost
obsession began from studying Native Americans as a young Boy Scout and buying authentic moccasins on a trip when young, and from later studying American history.

Then recently came the huge controversy related to one politician stating she was of Native American heritage (because her family had told her so).
Many of the opposite political party claimed she was lying. ETC.
Later it was proven by DNA testing that she actually does have partial Native American ancestry. But that didn't solve the controversy because then it became a question of other things!

HOWEVER, what IF the DNA test has shownn that she doesn't have Native American ancestry?

Can she still be Native American?!

What IF I claim that I am really Indigenous, Navajo, because I deeply feel that I am Native American, even though DNA shows that I am actually Scottish and
Northwestern European?


In the Light,
Dan Wilcox