They Glory in Their Shame

We very seldom watch TV, because we’re so busy, and are given to more in depth creative endeavors. Besides television shows in the past used to almost always leave me unsatisfied; too superficial. Even the news stations (with the exception of PBS) are given to quick sound bites, sensationalism, and not reflective understanding or historical perspective.

But I realize some people unwind after their own busy days by relaxing in front of the tube. No thinking required. Sort of like my reading a relaxing novel.

However, last night my wife and I decided we would catch the Country Music Awards, looking forward to hearing some of the ballads and rockers we had heard on our Maine vacation last month.

So I turned on the TV, but was turned off immediately. A show was finishing up talking with enthusiasm about strippers. Then Country Music Awards came on. Instead of starting with a stirring ballad or country rockabilly, the opening comedy routine of Brad Paisley narrowly focused on sex—not that that topic would be wrong if it were romantic or, I guess even steamy, in a good passionate sort of way. When has music ever been prudish?! 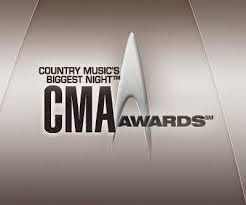 But what was disconcerting is that the MC dialog focused mostly—and blatantly--on the raunchy, the lurid, and the vulgar (including the term "full frontal").

Well, I thought, this is TV. It will pass.

NOT! (to rendition the old joke zinger of 20 years back)

In over 3 hours of viewing, the central focus of the awards seemed to be on the profane, the vulgar, the titillating/lewd/salacious…Millions of dollars to paint the sty, the hovel.

Yes, I know that country music has always had a vulgar underbelly—crass and coarse references, booze and partying…

But usually, there was also the upside.

When we turned off the TV, a verse came to me from out of the past, from back when I was a Christian and read my Bible regularly:
“Their end is destruction, their god is their belly, and they glory in their shame…”
Philippians 3:19

Hello, Dan,
Joe and I almost never watch TV these days, even the "award shows" no longer attract us - because of exactly that... vulgarity. Every time I see one of those "comedians", I want to ask, "does your mama know what you are up to?"
I am grateful for Netflix. Shows that I can pick and watch, no commercial and no dirt.
Thank you for sharing!
P.S. I finished reading "Battle Hymn of a Tiger Mother" - made me think about parenting a lot.
Hang in there!

Hi Katya,
Thanks for stopping by.

As for cable and network TV, I wonder why it seems to mostly hit the lowest level?

I don't know if this is human nature spiking (like in the constant political mudfights and propaganda) or if its the nature of TV--where everything, since its visual and brief, tends to slunk down like twitter.

I think it has to do with priorities. Cable channels are obsessed with ratings, and they always aim at "majority" to grab the audience. In the meantime, the "audience" has stopped watching TV altogether - and the part that does uses it as "something to fall asleep to" after a long day at work.